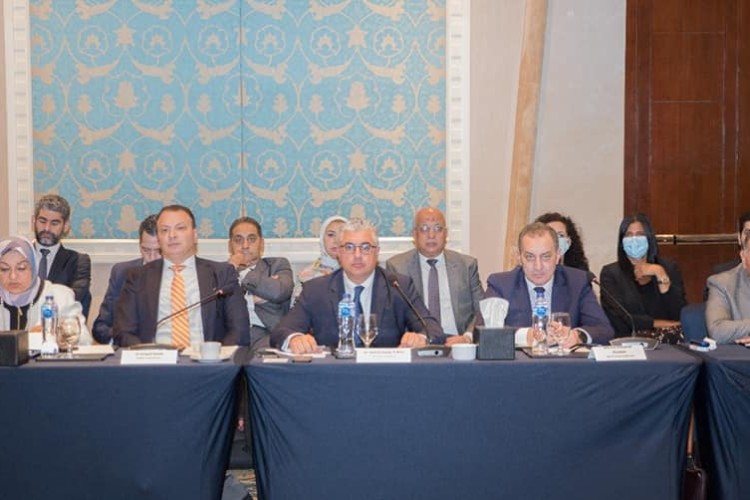 Within the framework of the Suez Canal Economic Zone (SCZONE)’s plan to be a center for green energy industries, the General Authority for SCZONE participated in the third round table in coordination with the European Bank for Reconstruction and Development (EBRD) and the Ministry of Electricity represented by the Egyptian Electricity Transmission Company (EETC), the New and Renewable Energy Authority (NREA) and the Sovereign Fund of Egypt, the Cabinet said in a statement.

The roundtable was attended by companies that signed a number of memoranda of understanding (MoUs) for the production of green fuels and was held to consult on the frameworks as well as the general policies for setting up green fuel projects in the economic zone. Technical and legal studies were discussed in this regard.

Attendees also reviewed the latest developments related to the preparations of the economic zone, companies, and stakeholders to activate MoUs and convert them into actual contracts, especially with the approach of COP 27. The attendees discussed the future plans for the power generation, transmission and distribution stations, and the electrical interconnection network near the areas where green fuel projects are to be established.

The roundtable further reviewed Egypt’s strategic plan in the field of new and renewable energy and future uses of wind and solar energy, what the authorities will offer to investors in this sector and the provision of energy used in these huge industries was also presented.