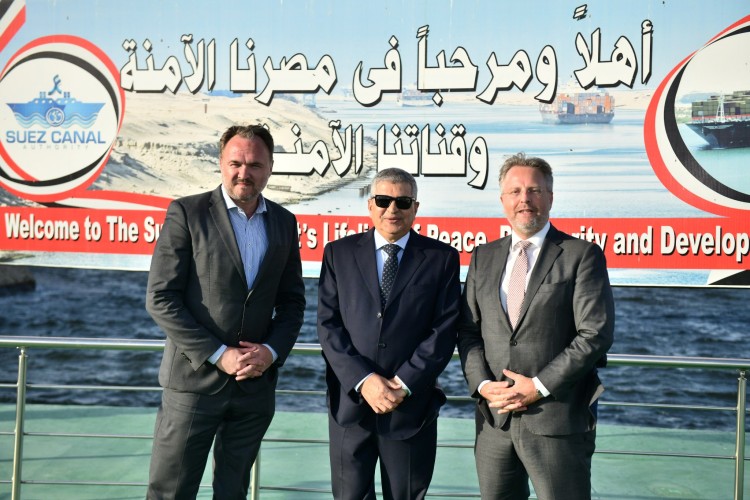 Rabie affirmed the keenness of the SCA to create more opportunities for success and to exchange expertise to serve the mutual interests of both parties.

Additionally, he expressed his appreciation for the Danish government’s efforts in green energy transition and its use of clean energy in the marine field, which came in line with the Suez Canal’s strategy “Green Canal” by 2030.

Moreover, SCA’s Chairman stressed that the authority puts a lot of importance on environmental issues while implementing all its projects and future plans. For his part, Jørgensen noted that Denmark’s MAERSK is building 14 ships to run on methanol in addition to establishing the first marine green fuel station in Egypt.