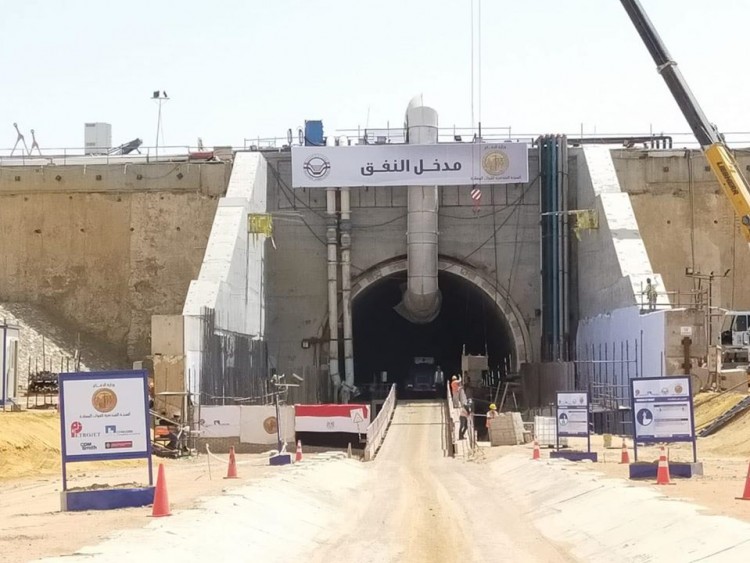 President Abdel Fattah El Sisi has witnessed the ending of the drilling operations of Ahmed Hamdy Tunnel 2 implemented by Petrojet under the Suez Canal, according to a statement published by the company’s official page.

This project is the second of the national projects which the state executed by Petrojet and aims at connecting Sinai to the rest of the country’s governorates.

Petrojet used a huge tunnel boring machine (TBM) for the first time and achieved the highest daily rate of drilling which reached to 22 meters per day.

The event was attended by the Minister of petroleum and Mineral resources, Tarek El Molla, in addition to other official senior leaders in the petroleum sector.