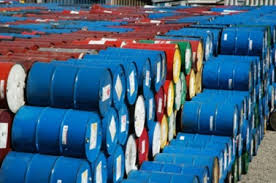 Nigeria tripled the volume of its crude oil exports to the United States from last year, seven years after the US began depending less on Nigeria’s crude, Africa news reported.

According to Energy Mix Report, the latest data from the US Energy Information Administration showed that the country imported 76.9m barrels of Nigerian oil in 2016, up from 19.9m barrels in 2015. While in 2014, when global oil prices started to fall from a peak of $115 per barrel, Nigeria saw a further drop in the US imports of its crude from 87.4m barrels in 2013 to a record low of 21.2m barrels.

But the recent increase in the US imports of Nigerian crude is being threatened as shale oil production gathers fresh momentum on the back of the rally in global oil prices. The US shale production for March is expected to rise by the most in five months as energy companies ramp up drilling, with the EIA forecasting that production in seven major regions will rise by a total of 80,000 b/d to 4.87m b/d.