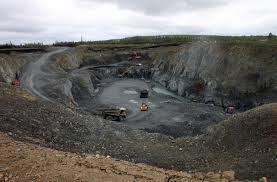 During its general assembly to review the results of financial year 2021, Misr Phosphate Company announced that production in 2021 reached about 2.7 million tons, an increase of 12.5% ​​compared to 2020.

Misr Phosphate Company Chairman Mohamed Abdel Azim stated that the company was established as an Egyptian joint-stock company in accordance with the provisions of the Joint Stock Companies Law No. 159 of 1981 on 9/20/2009 with the aim of conducting exploration and prospecting for phosphate, its extraction, and production in the areas of Abu Tartour in the New Valley, the Red Sea, and Al-Sabaya areas in the Nile Valley.

Additionally, the company manages some mines owned by the Egyptian General Petroleum Corporation (EGPC) for mineral resources in the Red Sea, in order to produce different grades of phosphate ore commensurate with all global and local markets.

In terms of exploration and production, the company’s vision was to maximize phosphate ore reserves in the company’s production sites through two axes, the first to obtain the largest number of exploitation areas and the second to intensify the mineral assessment of the reserves, as the company was able to obtain five areas for exploitation in the Red Sea mines.