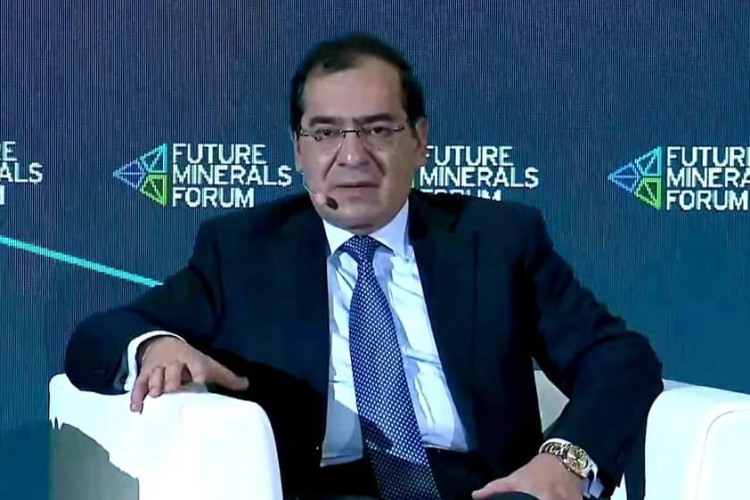 Minister of Petroleum and Mineral Resources Tarek El Molla aims to raise the contribution of the mining sector to the gross domestic product (GDP) to 5% over the next two decades, the Ministry said in a statement.

This came during the minister’s speech at the Future Minerals Forum’s main session under the title “The Role of Governments in Maximizing the Contribution of the Mining Sector”.

The Executive Director of the Development Partner Institute Wendy Tyrrell moderated the session, which was attended also by Saudi Minister of Industry and Mineral Resources Bandar Al Khorayef, Nigerian Minister of Mines and Steel Development Olamilekan Adegbite, Moroccan Minister of Energy Transition and Sustainable Development Leila Benali, and others.

For his part, El Molla indicated that Egypt is developing a number of mining cities through a clear vision that coincides with the government plans to improve the infrastructure. This is one of the important aspects of the mining sector development strategy implemented by the Ministry.

He further explained that some industrial cities will be established in the Eastern Desert and Sinai in order to maximize the added value of the mineral wealth. This is in addition to implementing phosphate fertilizer complexes and training and capacity building centers.

To pump more investments, the government immediately changed the legislation, regulations, laws to become more flexible and in accordance with international practices in the mining industry. As a result, the first international bid round was a success as 11 companies were awarded the exploration rights in the offered concessions.