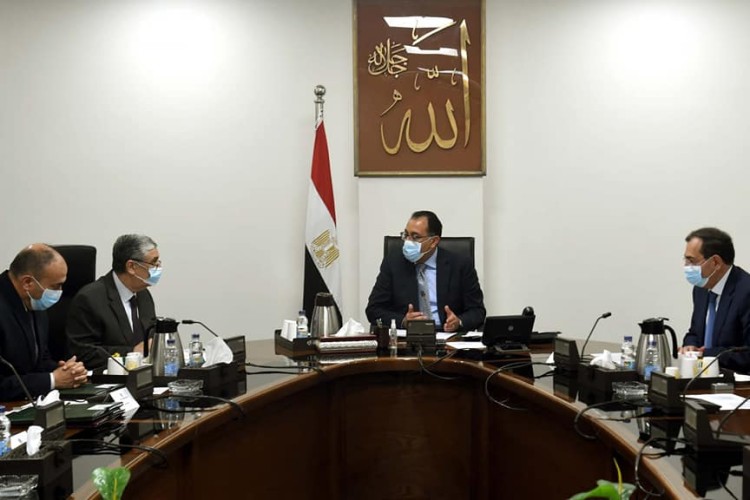 Prime Minister Mostafa Madbouly held a meeting to follow up on the plans for electrical interconnection with a number of neighboring countries, as well as review the efforts being made to establish green hydrogen projects in Egypt.

The meeting further aimed to review a plan to rationalize electricity consumption in light of the global gas crisis, and the government’s efforts to export its surplus. The meeting was attended by Minister of Petroleum and Mineral Resources Tarek El Molla and Minister of Electricity and Renewable Resources Mohamed Shaker.

The meeting also discussed the efforts made to expedite the implementation of green hydrogen projects for which agreements were signed during the last period. Madbouly stressed the necessity of harnessing all capabilities in order to speed up the establishment of these projects in which Egypt enjoys a great advantage, as it is a new gateway to attract more foreign direct investment in the coming period.

Moreover, the meeting discussed a plan to rationalize electricity consumption locally, especially in light of the global conditions experienced by most countries related to gas shortages.  It also touched on efforts made by the Ministry of Petroleum to export the largest amount of gas and to benefit from providing a return that balances with the high prices of petroleum products. In this regard, a directive was given to formulate a plan to rationalize electricity consumption, and for all ministries and government agencies to start implementing themselves.