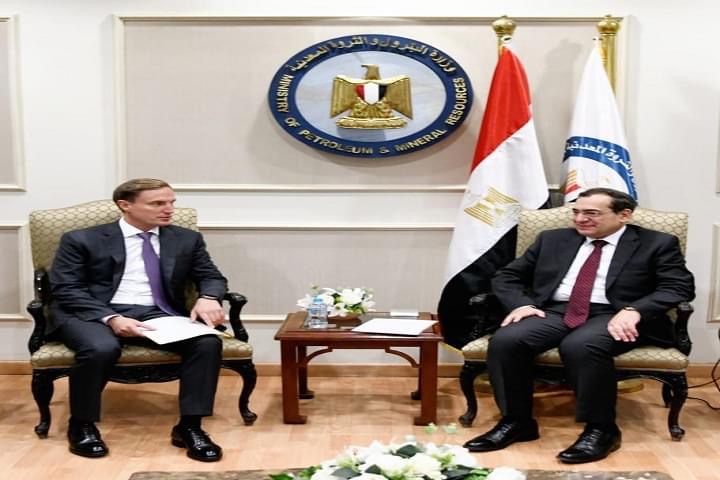 Minister of Petroleum and Mineral Resources Tarek El Molla has met with Lukoil’s Vice President for the Americas, Western Africa and Europe Ivan Romanovsky to discuss its current projects in a number of concessions areas in the Eastern and Western Deserts in Egypt and how to boost these investments.

El Molla affirmed that the cooperation between the petroleum ministry and Lukoil is extended for a long time and witnessed many success stories. He noted that there are a lot of promising and motivating opportunities to enhance its oil and gas investments.

For his part, Romanovsky has presented the working plans and programs of the company in Egypt stressing the company’s desire to boost its presence in the country through taking part in new concession areas. Additionally, he discussed the company’s business of manufacturing electrical submersible pumps (ESP).