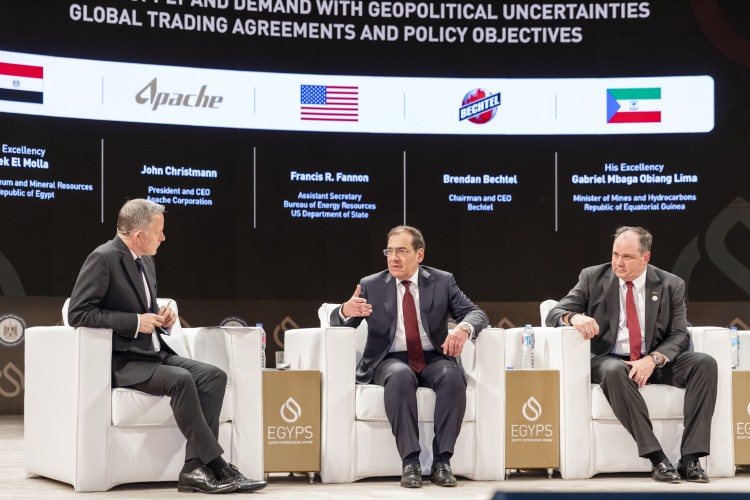 The Egypt Petroleum Show (EGYPS) returns to Cairo under the patronage of His Excellency President Abdel Fattah Al-Sisi, President of the Arab Republic of Egypt, and with the support of the Egyptian Ministry of Petroleum and Mineral Resources, from 14 to 16 February 2022, at the Egypt International Exhibition Center (EIEC). In its fifth edition, EGYPS marks the beginning of an ambitious strategic energy dialogue to shape the shift towards a more sustainable oil and gas industry. Experts will exchange ideas and visions to achieve a more inclusive ecosystem on both social and environmental levels

EGYPS is a focal point in 2022. Shifting regional dynamics have prompted Egypt to step up its role as an energy hub.  Recently, Egypt established the East Mediterranean Gas Forum “EMGF,” to progress technical cooperation and commercial integration to develop a sustainable regional gas market. EGYPS 2022 offers an opportunity to reflect on national efforts to position Egypt as a regional trade hub. EGYPS 2022 will be held at a vital time before the launch of the United Nations Convention on Climate Change “COP27” in Sharm El-Sheikh, Egypt, to discuss the strategic challenges and opportunities facing the energy sector. EGYPS sessions will analyze the shift in policies, change in demand dynamics, and the role of technology in reducing carbon emissions, including carbon capture and storage and hydrogen production.

Salman Abou Hamzeh, Vice President Energy, dmg events, said: EGYPS has shown steady growth since its inception in 2017 and is now the leading oil, gas and energy exhibition and conference across Egypt, North Africa, and the Mediterranean region, reflecting on the Egyptian Ministry of Petroleum and Mineral Resources ambitious strategic efforts to unlock the sector’s value chain potential and drive growth and sustainable development across Egypt and the whole region.

EGYPS is the most prominent event in North Africa and the Mediterranean region. The event is considered the primary gateway to one of the most promising oil and gas markets around the world, the Egyptian market. It offers unparalleled networking opportunities with key decision-makers and tracks the latest industry developments.

The fifth edition of EGYPS 2022 upholds the highest precautionary and preventative measures to protect the health and safety of all participants and to foster upon previous successes in gathering the oil and gas industry experts, especially at this vital time for Egypt, as well as the North African and Mediterranean regions.

For the first time, the EGYPS exhibition will host special on-ground sessions on hydrogen as part of the transition to clean energy. The sessions will address the role of green, grey and blue hydrogen in facilitating the integration of renewable energy sources into the energy ecosystem and will tackle hard-to-decarbonize sectors. EGYPS 2022 allocates a dedicated space on the exhibition halls to keep pace with the latest technological developments in the energy sector. The Digitalization zone is sponsored by Enppi and ESRI.

EGYPS 2022 will feature the third edition of the Youth Engagement Program, supported by headline sponsor ExxonMobil. An edutainment agenda providing an onsite learning platform, engaging with high school students within the framework of STEM Education focusing on Science, Technology, Engineering, and Mathematics, to ultimately encourage them to pursue careers in the oil and gas industry. The program will feature two trip fields to Exxon blending plants.