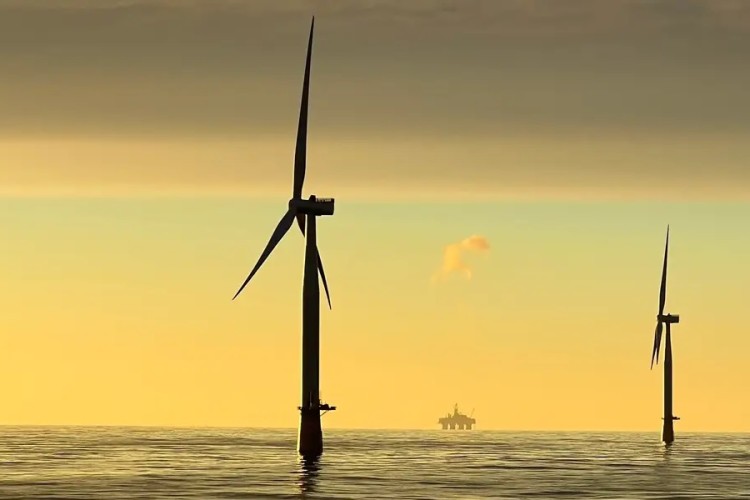 “I am proud that we have now started production at Hywind Tampen, Norway’s first and the world’s largest floating wind farm. This is a unique project, the first wind farm in the world powering producing oil and gas installations,” says Geir Tungesvik, Equinor’s executive vice president for Projects, Drilling and Procurement.

The Hywind Tampen wind farm, which is owned by the Gullfaks and Snorre partners, is anticipated to supply around 35% of the electricity requirements of the two fields. This will reduce the fields’ annual CO2 emissions by about 200,000 tons.

“The Norwegian content of the project is about 60 percent. This shows that we, together with our partners and suppliers, are building a new industry on the shoulders of the oil and gas business utilizing the competencies we together have acquired over many decades,” says Tungesvik.

Of the eleven turbines, seven are expected to start operating this year. This past fall, the final four turbines were put together and will be set up on the field early next year, depending on the weather. Hywind Tampen will be the largest floating wind farm in the world with a 60 MW capacity even with only seven turbines operational.

The North Sea will continue to play a crucial role in the energy transition and for the energy security of Europe and Norway thanks to its top-notch wind resources.

“Hywind Tampen cuts emissions from the oil and gas industry and increases the gas export to Europe. This is an important contribution towards transforming the Norwegian continental shelf from an oil and gas province to a broad energy province. Just a few years ago, no one would have believed that offshore platforms could be powered by electricity from floating wind turbines. Well, now we have started,” says Kjetil Hove, Equinor’s executive vice president for Exploration and Production Norway.
Facts ab