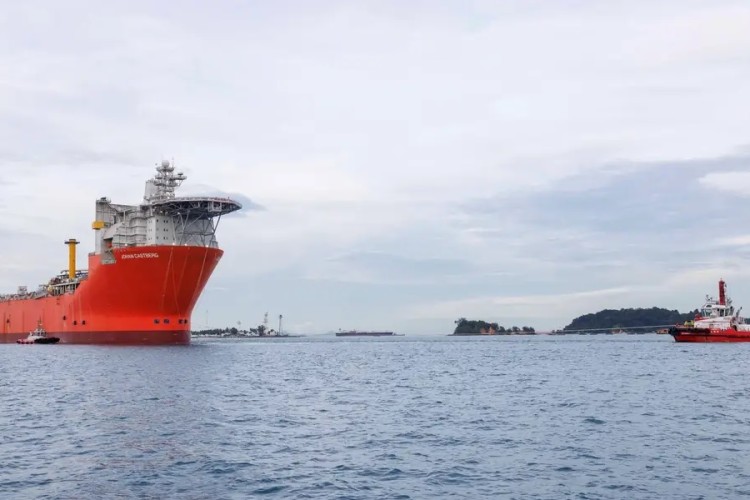 The Johan Castberg hull arrived at Stord this spring, and will be in production in the Barents Sea in 2024. (Photo: Joseph Lynch)

Equinor has recently made a new oil and gas discovery at Skavl Stø, exploration well 7220/8-3, near the Johan Castberg field in the Barents Sea.

On the Johan Castberg field, 210 kilometers northwest of Hammerfest, the well was drilled five kilometers south-southeast of the discovery well 7220/8-1.

Equinor is the operator of production license 532. The discovery is estimated to be between 5 and 10 million barrels of recoverable oil equivalent. Together with the other licensees, Vår Energi and Petoro, Equinor will consider tying the discovery to the Johan Castberg field.

“The drilling operation was safely and efficiently performed. The new discovery and information will be viewed in the light of other discoveries in the area, and together with our partners we will consider further development of the area,” says Kristin Westvik, Equinor’s senior vice president for exploration and production north.

About a year after the Isflak oil discovery in the same area, news about the Snøfonn North oil discovery was published on 25 May.

Drilling was performed by Transocean Enabler.

The Skavl Stø exploration well is the thirteenth in the Castberg license. In 2009, the 20th licensing round was held.