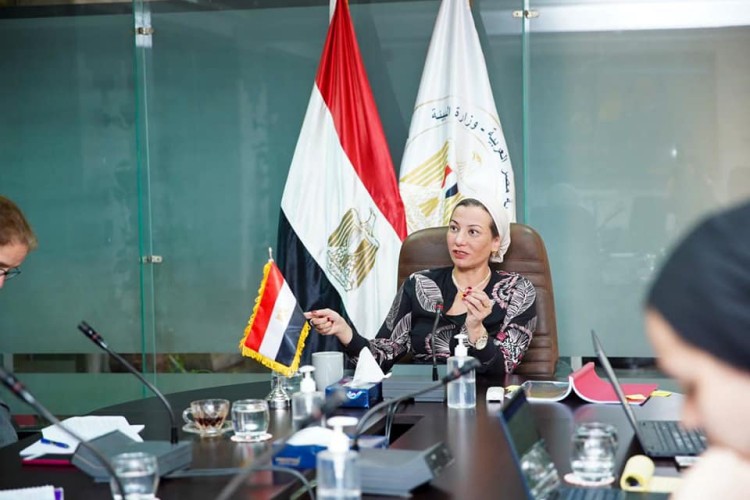 Minister of Environment Yasmine Fouad held an extensive meeting with representatives of the World Bank (WB) to discuss the latest developments regarding the preparation of the Country Climate and Development Report (CCDR), which the WB is preparing in a number of countries, including Egypt, the Cabinet announced.

The Minister praised the constructive support provided by the WB, especially in the climate file, and the support for Egypt’s hosting of COP27.

Fouad expressed her keenness to come up with a country report on climate and development in Egypt that provides a useful model for other countries, which will be presented at COP27 as one of the important steps in Egypt’s march towards confronting the effects of climate change.

For Egypt, the report does not represent just a specialized study, but rather one of the means to sharpen the ongoing discussions and coordination in order to integrate the method of environmental analysis into national policies. Therefore, Egypt has been keen since the beginning of work on this report to follow it up and involve all ministries and stakeholders, and integrate the climate dimension into the debate at the level of political and ministerial issues through the National Council for Climate Change headed by the Prime Minister. This is in addition to providing the opportunity to understand more topics and issues related to climate change and its real dimensions.

Meanwhile, the WB representatives praised the fruitful cooperation in preparing this significant report, which will be an important indicator in dealing with the effects of climate change in the coming period. They pointed out their interest in highlighting the adaptation dimension, which is one of the most important axes of the report and sheds light on investments and needs in this field, and the cost of adaptation, especially in sectors such as agriculture, water, coastal areas and sustainable cities.

The CCDRs prepared by the WB are diagnostic reports aimed at helping countries prioritize the most impactful actions that can reduce greenhouse gas emissions and enhance adaptation activities, and disseminate their findings to foster discussions on action in the international community.