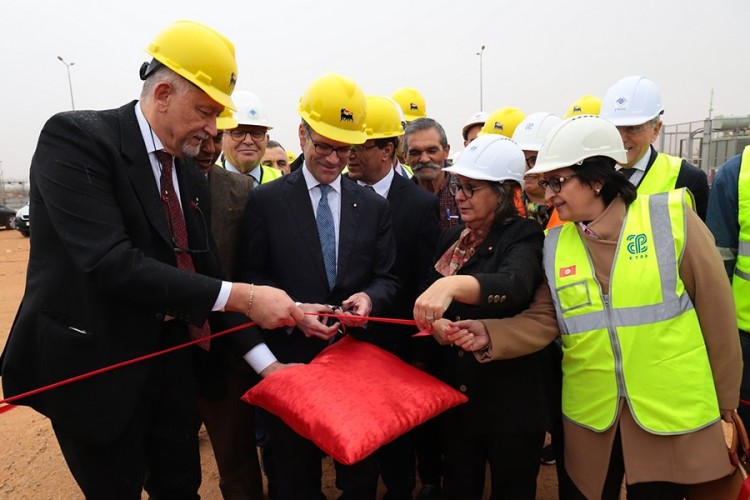 Following connection to the national grid, Eni announces the start of production at the photovoltaic facility it operates in Tataouine, southern Tunisia. The event was celebrated today during a ceremony that saw the attendance of Neila Gonji, Tunisia’s Minister of Industry, Energy and Mines, and local authorities.

The plant, which has a 10 MW installed capacity, will save approximately 211,000 tonnes of CO2 equivalent over the course of its lifetime while supplying the national grid with more than 20 GWh of electricity annually. A 20-year Power Purchase Agreement will specify that STEG (Société Tunisienne de l’Electricité et du Gaz) will receive the generated electricity.

Société Énergie Renouvelables Eni Etap (SEREE), a joint venture between Eni and ETAP (Entreprise Tunisienne d’Activités Pétrolières) that produces electricity from renewable energy sources, built the facility.
Eni also manages the ADAM photovoltaic field in Tunisia, which has an annual emission reduction of more than 6,500 tons of CO2 equivalent and a peak capacity of 5 MW. This field delivers power to the nearby ADAM field in the Governorate of Tataouine, allowing for gas savings. One of the most cutting-edge and effective generation systems now on the market is the plant’s hybrid generation system.

In accordance with Eni’s medium- to long-term strategy, the project affirms the company’s commitment to attaining zero scopes 1, 2 and 3 emissions by 2050 as well as its contribution to the decarbonization of the Tunisian energy system.

Eni has been present in Tunisia since 1961 and operates in: the upstream sector, with activity concentrated in the southern desert region and in the Mediterranean offshore; through the Global Gas & LNG Portfolio with the management of the Transmed pipeline, which connects Algeria to Italy through Tunisia; and in the Refining & Marketing sector.

Since 1961, Eni has been operating in Tunisia. It is involved in the upstream sector, with a focus on the southern desert region and the Mediterranean offshore; the Global Gas & LNG Portfolio; and the operation of the Transmed pipeline, which runs through Tunisia and connects Algeria to Italy.