El-Sisi Follows up on State’s Efforts to Explore for Natural Gas, Petroleum 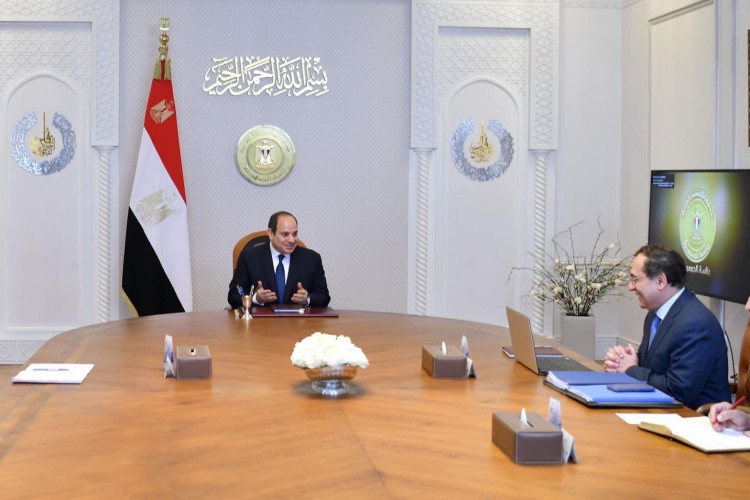 President Abdel Fattah El-Sisi has directed to expand oil and gas exploration efforts to make the best use of Egypt’s resources and help increase the natural gas reserves in order to meet the needs of the local market and increase exports.

This came during his meeting with Prime minister, Dr. Mostafa Madbouly, and the Minister of Petroleum and Mineral Resources, Eng. Tarik El Molla.

The Spokesman for the Egyptian Presidency said that the meeting followed up on the state’s efforts to explore for natural gas and petroleum.

During the meeting, El Molla reviewed the current and future investment plans in terms of gas exploration until 2025 in the eastern and western regions of the Mediterranean. Major international energy companies take part in these plans with a total investment of about $2.1 billion.

According to the preliminary results, it is expected that the exploration efforts will result in promising discoveries that will support the national economy and consolidate Egypt’s position as a regional hub for energy production and trading.

The minister also stressed that the search and exploration efforts that Egypt makes in the Mediterranean are carried out in accordance with the principles and norms of international law and United Nations conventions governing the management of states’ natural resources on the high seas.

Furthermore, El Molla showcased the latest developments in the implementation of the “Soda Ash” project at New Alamein which costs $500 million.