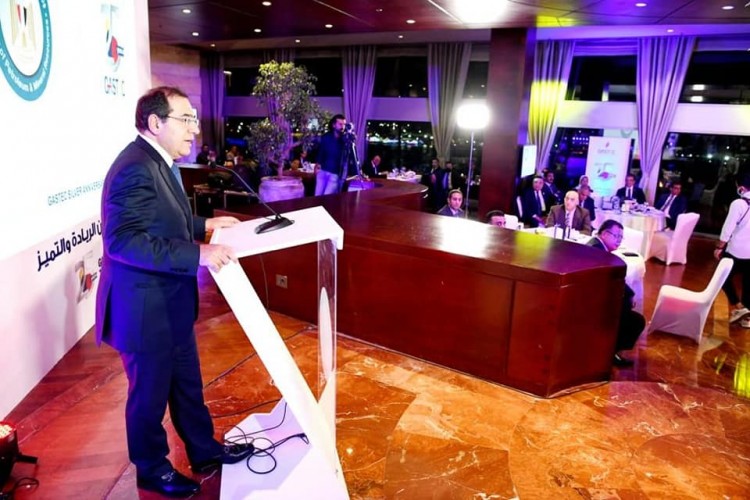 During the celebration of its 25th anniversary, Egypt’s Minister of Petroleum and Mineral Resources Tarek El Molla commended the significant contribution and role that Gastec played along with other companies in the ministry’s initiative to expand the use of natural gas as an automobile fuel.

He further elaborated that the company played an important role in converting cars on a wide scale to run on a dual fueling system (natural gas/octane). In addition, he praised Gastec’s involvement in increasing the number of natural gas stations to reach 1000. On that note, El Molla also expressed his appreciation to Eni for working alongside Gastec to increase number of fueling stations as well.

During the celebration, Molla emphasized that due to President Abdel Fattah El Sisi’s initiative to promote the use of natural gas for fueling automobiles, the field has witnessed a boom. He added that the re-correction of petroleum product prices led to increasing the number of people using natural gas as vehicle fuel.

At the event, Gastec Chairman Abdel Fattah Farahat showcased his company’s significant achievements since its inception. He indicated that Gastec is the first company to establish services and natural gas supply stations across governates in Upper Egypt, the Gulf of Suez, and South Sinai.

Farahat also referred to the agreement that was signed by his company and Eni to construct fuel stations in Port Said, Al-Gharbia, Beni Suef, Cairo, and Damietta; in addition to cooperation in providing high-quality engine oil for natural gas vehicles (NGVs).