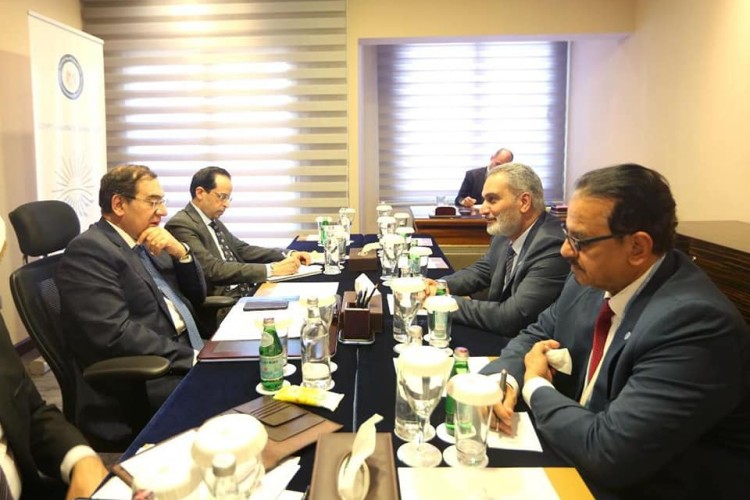 Minister of Petroleum and Mineral Resources Tarek El Molla met with OPEC Secretary General Haitham Al Ghais to discuss the developments in energy markets in light of the many global challenges the international community is witnessing today.

At one of many rounds of talks taking place at COP27 in Sharm El Sheikh, El Molla and Al Ghais discussed the outcomes of Decarbonization Day, which the oil and gas industry participated in for the first time as part of the activities of climate summits and conferences.

The meeting emphasized that the oil and gas industry has an important and continuous role in securing energy supplies globally in parallel with the development of renewable energy sources, especially with the availability of solutions using technological means to reduce emissions and remove carbon from all stages of the petroleum industry.

El Molla said that the current climate summit in Sharm El-Sheikh represents a summit for actual implementation, and for the first time the oil and gas industry participated in this summit, making it in the circle of solutions to confront climate change and work to reduce emissions, especially with the increasing importance of natural gas in particular in the energy transition period.

During their review of developments in global energy markets, the Minister and the Secretary General of OPEC stressed the need to strengthen dialogue between all parties and pump more investments. The Secretary-General of OPEC congratulated Egypt on the success of organizing the Climate Summit, pointing out that Egypt was the cradle of the idea of ​​founding OPEC in 1960.