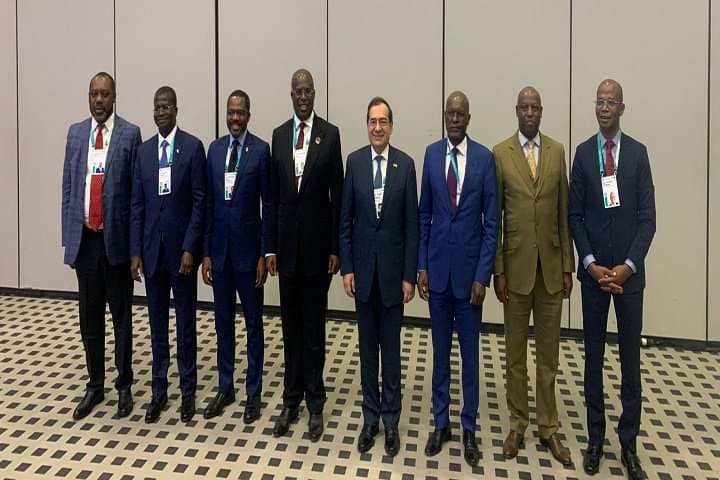 On the sidelines of his participation in the CERAWEEK International Energy Conference, Minister of Petroleum and Mineral Resources Tarek El Molla met with energy ministers from the African continent

The meeting witnessed a review of the African initiative for climate and energy transition proposed to be launched during the upcoming UN Climate Change Conference 2022 (COP27), which Egypt will host in November 2022 in Sharm El-Sheikh on behalf of the African continent.

During the meeting, El Molla stated that the initiative proposed by Egypt aims to achieve a balanced and fair energy transition and make use of the continent’s potential to stimulate economic growth in a sustainable, comprehensive, and low-emissions manner. He emphasized that this should be in accordance with the United Nations Framework Convention on Climate Change (UNFCCC) and The Paris Agreement.

The initiative also aims to help African countries benefit from the trade opportunities that will appear during the transition to low-carbon energy sources. It also seeks to achieve the goal of maintaining a clean environment without hampering countries’ endeavors towards increasing sustainable and inclusive economic growth, El Molla noted.

The Egyptian minister pointed out that African countries are among the countries that cause the least harmful emissions. He added that Egypt and other African nations are committed to all international agreements aimed at preserving the climate and the environment. El Molla stressed the need to pay attention to Africa as well as provide financing and modern technologies to benefit from the continent’s wealth.