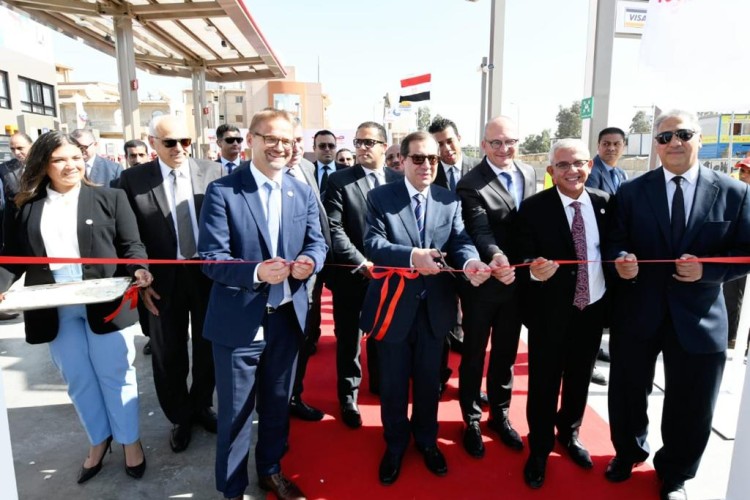 Minister of Petroleum and Mineral Resources Tarek El Molla has inaugurated a new “Oasis” fuel station which is affiliated to TotalEnergies on the Cairo – Alexandria Road with investments worth EGP 18 million.

After the opening ceremony, the minister stated that the fuel station distribution plan is being implemented within the framework of the country’s developmental strategy, noting that fuel supply stations and services are witnessing new notable upgrades.

He added that there are other plans being implemented to renew the existing station in parallel with establishing new ones. The minister highlighted that this development program primarily depends on applying digitalization and new technologies in addition to operating the station by using solar energy as well as applying health, safety, and environment (HSE) standards.

El Molla emphasized the developments of the fuel supply system in the domestic market since 2016 which improved the services provided to the consumers. Additionally, he hailed Total Energies’ efforts in petroleum marketing in addition to acquisition transactions that it implemented which supported its market share in the Egyptian market reaching 240 fuel stations.

The station is working with solar energy and involves tanks with a capacity of 112,000 tons consisting of two tanks for octane 95, two tanks for octane 92, and a tank for diesel. For their parts, Olivier Van Parys Executive Vice President of TotalEnergies for the Mediterranean and the Indian Ocean, and Thomas Strauss, CEO of TotalEnergies Marketing Egypt, highlighted the company’s activities and investments in petroleum products marketing.