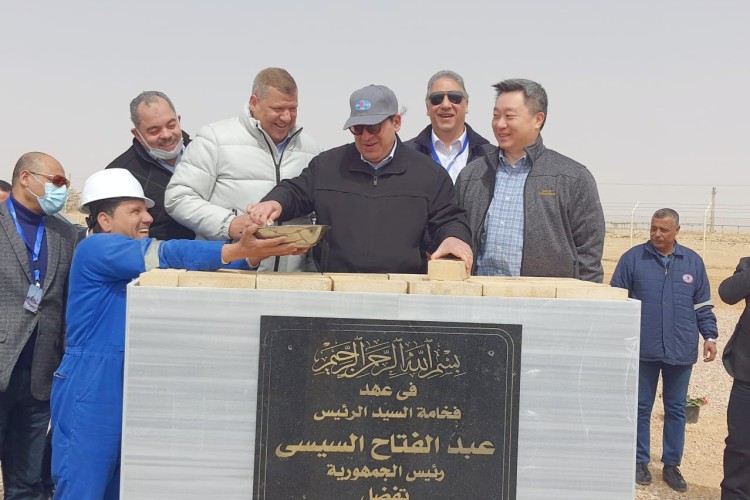 Minister of Petroleum and Mineral Resources Tarek El Molla inaugurated a project to generate electric power from flare gas using a gas generator station in the Kalabsha fields in the Western Desert.

This project is the largest of its kind in terms of size in Egypt and North Africa, with a capacity of about 10 megawatts, in addition to about 5 megawatts as a reserve.

It will directly provide nearly 80,000 liters of diesel per day, which will contribute significantly to reducing carbon emissions resulting from burning diesel to generate power from diesel generators, in addition to what it provides for the purchase of diesel.

This comes as El Molla had an inspection tour of a number of oil fields in the Western Desert. El Molla stressed the importance of pumping more investments, increasing the number of rigs as well as the number of wells, and speeding up the development of discovered fields in light of the dramatic increase in oil and gas prices. The minister called on all workers in the petroleum sector to exert more effort and to work as a team.

El Molla stated that the current challenges, witnessed by the global oil and gas markets and increasing prices to unprecedented record levels that exceed $100 per barrel, confirm that Egypt must work to increase production rates and confront the natural decline of wells.

During the tour, heads of national oil companies, including Khaleda, Petrofarah, Belayim Petroleum (Petrobel), GUPCO, General Petroleum Company (GPC), Agiba Petroleum, Qarun, and Badr El-Din Petroleum gave presentations on their activities and work to increase production from their fields in the oil areas of the Western Desert, the Gulf of Suez, the Sinai and the Mediterranean.