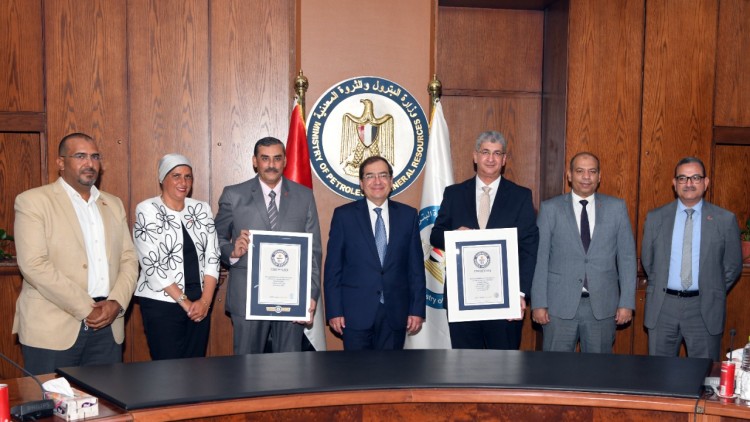 The certificate was obtained for the company’s implementation of the crude oil storage warehouse in Ras Badran area.

The warehouse broke the records as the largest floating storage warehouse in the world with a capacity of 175,000 cubic meters, which is equivalent to around 1.1 million barrels of crude oil.

The company was also awarded the certificate for implementing the project using unprecedented techniques and methods, which are considered the first and largest of their kind in the execution of warehouse work globally.

El Molla stated that entering the Guinness World Records reflects the ability of the Egyptian oil and gas sector companies to implement huge projects in accordance with the highest international standards and specifications.

He further expressed his appreciation to the company’s employees for providing a distinguished model of dedication and sincerity in work and success in achieving this unprecedented achievement in record time, despite the challenges imposed by the pandemic.

The company succeeded in implementing the storage warehouse with a height of about 21.83 meters, which was manufactured in the company’s centers, with a diameter of 110 meters, and weight of more than 3300 tons, PETROJET’s Chairman, Waleed lofty, pointed out.