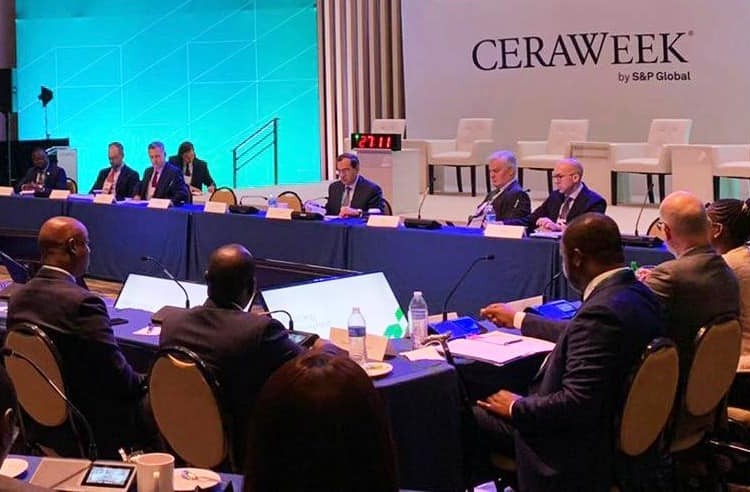 Minister of Petroleum and Mineral Resources Tarek El Molla highlighted Egypt’s supportive vision for the African continent in achieving a balanced and realistic transition in the field of energy, the ministry said in a statement.

This came during the minister’s participation in the activities of the “Africa Economy and Energy Forum”, which was held during CERAWeek in Houston, with the participation of oil and energy ministers from 11 African countries, namely: Egypt, Equatorial Guinea, Côte d’Ivoire, Kenya, Ghana, Nigeria, Namibia, Tanzania, South Africa, Uganda, and Zimbabwe. Moreover, the forum was held with the participation of officials from the US Department of Energy, heads of several international oil and energy companies operating in Africa, as well as officials from a number of African and international funding institutions.

El Molla stated that President Abdel-Fattah El-Sisi affirmed Egypt’s commitment to giving the African continent and its vision for a just energy transition a top priority during the UN Climate Conference 2022 (COP 27), which Egypt will host next November in Sharm El-Sheikh. He pointed out the importance of providing funding to African countries to help them confront climate change, in addition to stressing the right of African countries to exploit their natural gas and petroleum resources as part of a just transition.

The forum reviewed the challenges faced by African countries in the field of energy transition. Despite the obstacles 600 million Africans face to obtain energy and their dependence on conventional hydrocarbons, Ella Molla noted that Africa has low carbon emissions and contributes less to polluting the atmosphere.

The participants of the forum also stated that there are several African countries that have taken tangible steps in the energy transition. However, there are many challenges facing the economies of the countries of the continent related to financing energy transformation strategies. This makes it difficult to adhere to the timeframes that are determined according to global trends, especially since most of the financial support for the energy transition during the past years went to Asia.

Accordingly, El Molla highlighted the importance of coordination between all parties regarding the financing of Africa’s energy transition in accordance with the outcomes of COP 26. He explained that the presence of financial institutions, international companies, and the US government with the countries of the continent at one table for open dialogue in this forum facilitates coordination on financing issues.