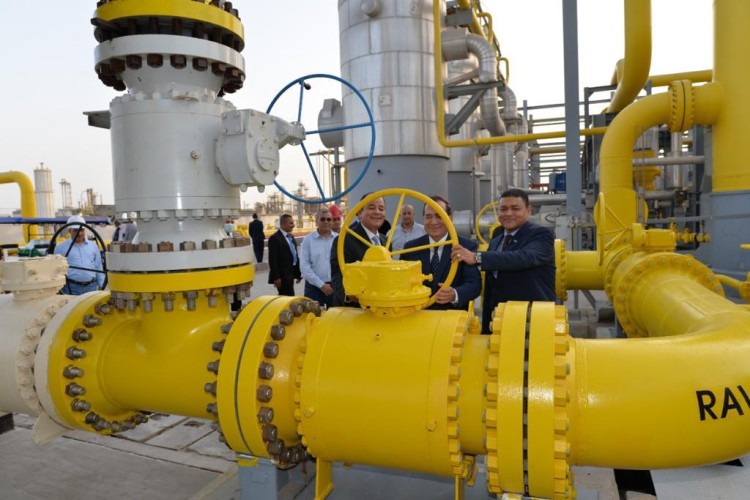 During his visit to Alexandria, Tarek El Molla, Minister of Petroleum and Mineral Resources, gave the go-ahead to begin linking the Raven gas pipeline to the butane extraction plant in Al-Amirya, which was implemented by the Egyptian Natural Gas Company (GASCO).

El Molla also stressed that this project comes within the framework of the petroleum sector strategy to maximize the benefit from the production of natural gas and its derivatives of high economic value to achieve the highest added value from natural gas resources, explaining that a project is being implemented in several stages to link and boost the production of gas from the Raven field in the Mediterranean to the factories of GASCO.

After the inauguration, GASCO Chairman Yasser Salah El-Din explained the new project, pointing out that it is going to feed the Al-Amirya gas plant with quantities of up to 100 million cubic feet per day from the Raven field, so that the butane extraction plant in Al-Amirya will be operated with its maximum capacity. This project represents the second phase of the project to link the gas field of Raven to the factories of GASCO, and the first phase was to connect gas to the Western Desert Gas Complex, which began operating in May 2021 with quantities of up to 350 million cubic feet of gas per day. He noted that the third phase, in which the quantities to the Western Desert gas complex will be  increased, is expected to be complete in the third quarter of 2023.