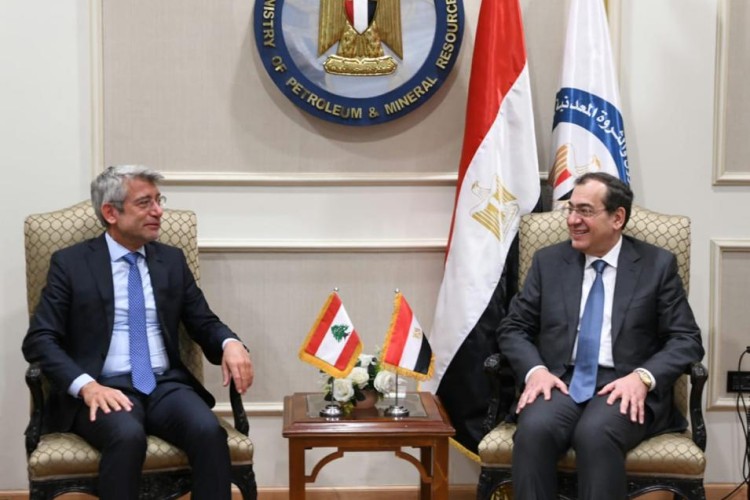 The meeting also reviewed the ongoing coordination between the two sides to complete the procedures, as well as coordination with Jordan and Syria for the passage of natural gas through their lands.

Egypt’s commitment and support to Lebanon come within the framework of the strong brotherly relations and President Abdel Fattah El Sisi’s assurances of Egypt’s support to the Lebanese people, El Molla noted. The natural gas supply agreement represents an Egyptian contribution to solving the energy problem in Lebanon, El Molla added, pointing out the importance of completing the remaining procedures to start supply.

Fayad expressed his deep gratitude to the Egyptian state and President Abdel Fattah El Sisi for their support of the Lebanese people and their understanding of Lebanon’s requirements in light of the current situation.

Fayad also expressed his aspiration to complete the contract, pointing out that the matter is currently in the hands of the World Bank to secure the necessary funding, as well as the US, so that the repercussions of the Caesar Act do not affect the project of transporting gas to Lebanon through Syria.