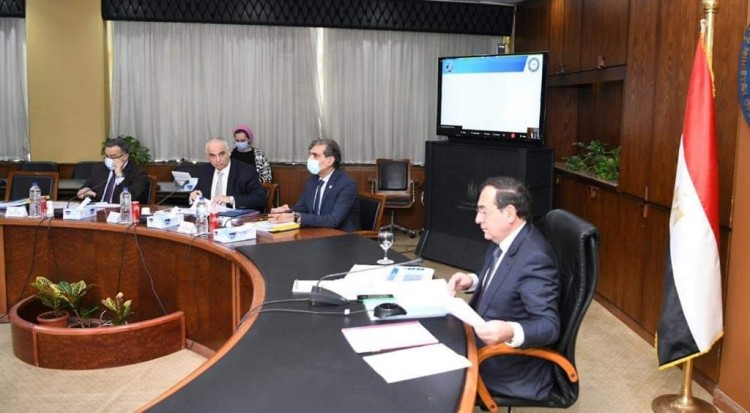 The development witnessed by the petroleum geographic area and the Petroleum basin in Alexandria was achieved thanks to a clear vision, flexible work strategies, and distinguished efforts of the workers, El Molla stated. With this, the ministry worked in line with the state’s efforts to increase its capabilities and raise the efficiency of its sectors. Hence, the petroleum sector companies set ambitious budgets for investment year after year in which they increased production and at the same time restructured their entities to achieve continuous development and modernization, the minister noted.

The availability of financial resources results in stability and then continuous development, El Molla added. He pointed out that the reforms undertaken by the state and led by President Abdel-Fattah El-Sisi reflected positively on the development of the work axes in the oil and gas industry in Egypt. In addition, he affirmed that the ministry was able to boost sectors of the industry, including refining, pointing out that it has added and continues to add new projects, of which public petroleum sector companies enjoy a large share.

The minister said that the projects planned in the companies’ budgets for the next fiscal year were taken into account to be more ambitious, productive, economically managed, and flexible.

During the meeting, APC President Mohamed Sobhy and APRC President Mabrouk Amer presented the features of the planning budget for their companies during FY 2022/23, in addition to the status of the current projects to develop the companies’ refineries.