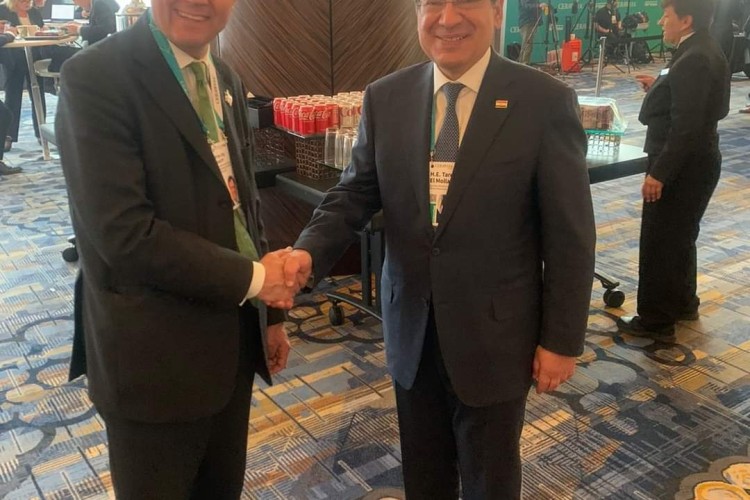 Minister of Petroleum and Mineral Resources Tarek El Molla met Sir Greg Hands, UK’s Minister of State for Business, Energy and Clean Growth, on the sidelines of the CERAWeek conference. .

The meeting dealt with the pivotal role of the Eastern Mediterranean region in contributing to securing part of energy supplies, COP 27 preparations in Egypt, and the initiatives undertaken by the Ministry of Petroleum in the field of energy transformation, which will be announced at the summit.

The two sides emphasized the depth and history of the relations between the two countries, as well as the distinguished relations in the fields of the oil and gas industry. Bilateral relations have witnessed continuous development, whether in investments, production, or support for the societal development goals of the Egyptian state, as well as Egypt’s role in hosting COP 27 in November.