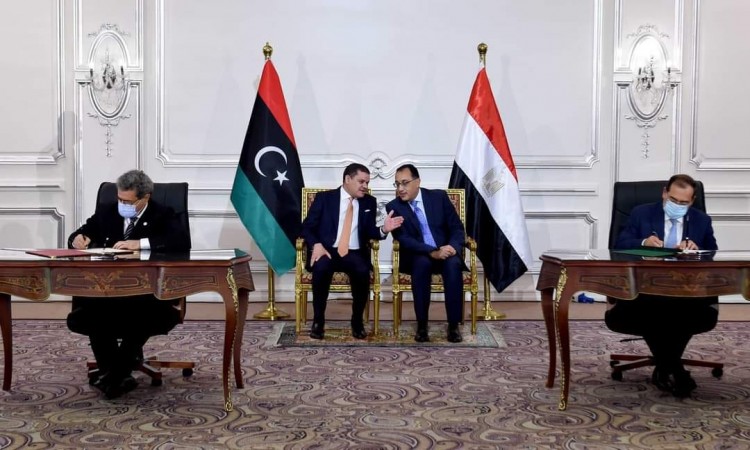 Egyptian Minister of Petroleum and Mineral Resources, Tarek El Molla, signed a memorandum of understanding (MoU) with Libya’s Minister of Oil and Gas Mohamed Oun, to boost cooperation between the two countries in terms of oil and gas, the ministry said in a statement.

The MoU was signed at the conclusion of the eleventh session of the Egyptian-Libyan Joint Higher Committee headed by Mostafa Madbouly, Egypt’s Prime Minister, and Abdul Hamid Dbeibeh, Prime Minister of Libya.

During the Joint Higher Committee meeting, the two North African countries signed a total of 14 MoUs and 6 agreements in various fields, according to Al Ahram Newspaper.