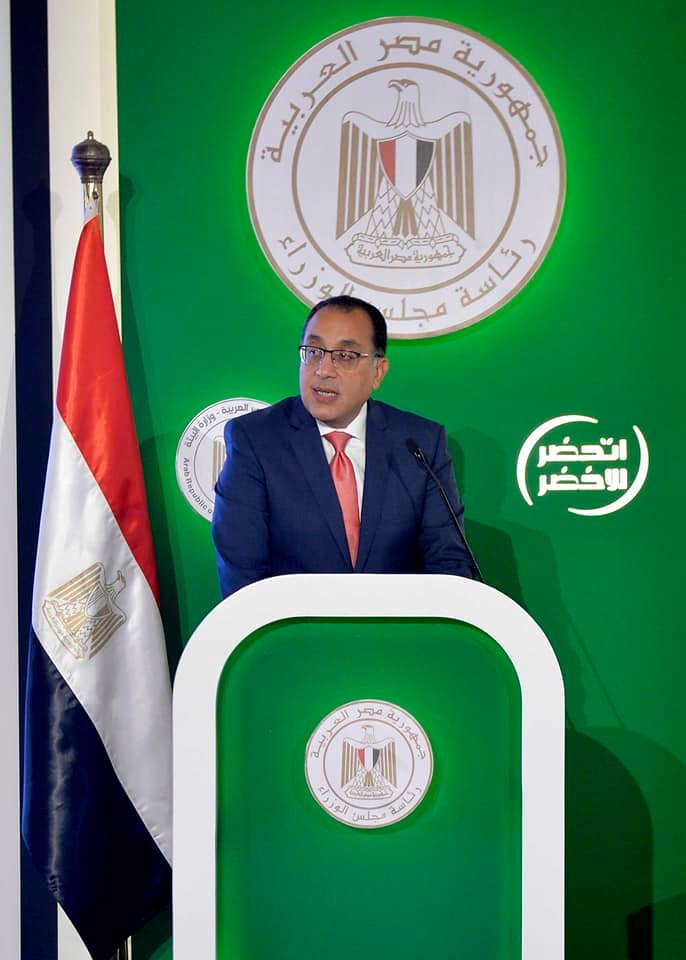 Prime Minister Mostafa Madbouly witnessed the official launch of Egypt’s National Climate Change Strategy 2050 during a conference attended by Minister of Petroleum and Mineral Resources Tarek El Molla, as well as other Egyptian ministers, in addition to UN officials, foreign diplomats, and representatives of international organizations.

Madbouly stated that the consistency with the goals of the country’s sustainable development strategy “Egypt Vision 2030” has been taken into account, as the “National Climate Change Strategy” will contribute to ensuring integrated planning between various national and sectoral strategies.

The strategy guarantees the integration of measures related to climate change and standards of sustainability and green recovery into national planning and budget preparation, enhancing market competitiveness, increasing economic diversification, and creating green job opportunities. The strategy also included a package of projects that attract funding in the areas of adaptation and mitigation.

The Prime Minister indicated that although the Egypt’s share of emissions do not exceed 0.6% of the total world emissions, Egypt is one of the countries most vulnerable to the negative effects of climate change on many different levels. This includes the country’s coasts, agriculture, water resources, health, population, and infrastructure.