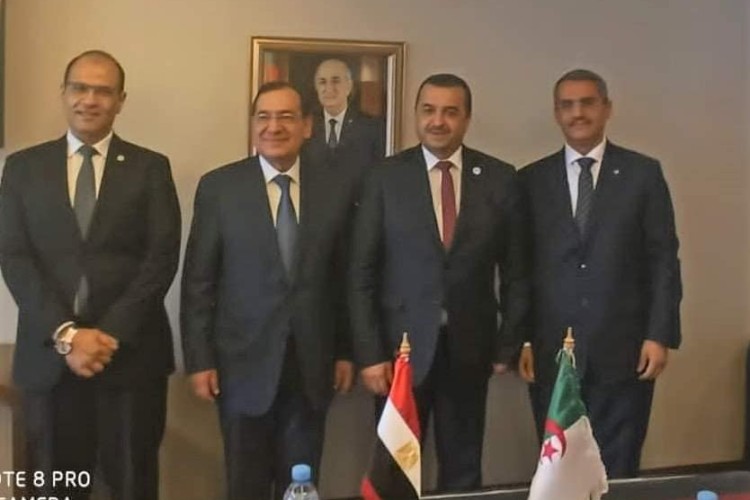 As part of his participation in the ministerial delegation headed by Prime Minister Mostafa Madbouly in the eighth session of the Egyptian-Algerian Joint Higher Committee, Minister of Petroleum and Mineral Resources Tarek El Molla held a joint session of talks with the Algerian Minister of Energy and Mines Mohamed Arkab in the Algerian capital.

The two sides discussed bilateral cooperation relations, investment opportunities, and ways to enhance partnerships in oil, gas, and mining. This is in addition to discussing the results of technical meetings at the expert level and the understandings reached, especially in the fields of exploration, discovery, and development of fields, petrochemical industry, and butane marketing, as well as in the field of compressed natural gas (CNG) and hydrogen as a clean fuel.

The talks tackled the fields of cooperation and mining partnership, especially in the phosphate manufacturing industries, the production of phosphate fertilizers, and the exchange of experiences and information in this field.

Meanwhile, the eighth session of the Egyptian-Algerian Joint Higher Committee was held, headed by Madbouly, and Algerian Prime Minister Ayman Ben Abdelrahman, in the presence of members of the two delegations and officials on the Egyptian and Algerian sides, at the Government Palace, in Algiers.

At the meeting of the Joint Higher Committee, Madbouly renewed the invitation to Algeria to actively participate in COP 27, which Egypt will organize next November in Sharm El-Sheikh.