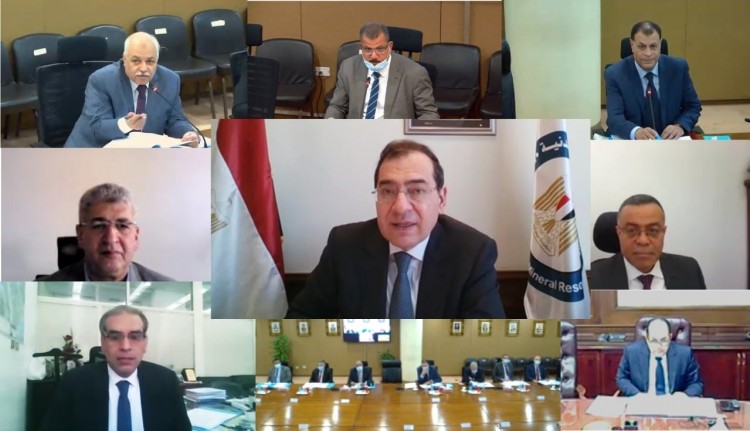 The Egyptian Drilling Company (EDC) has announced that it managed to increase its market share of the onshore drilling market by 80% during 2020 despite the challenges of the pandemic compared to 60% in 2019, a press release reported.
This announcement came during the general assembly meeting of the company, which was  headed by the Ministry of Petroleum and Mineral Resources to approve operational results of 2020 in attendance of Osama Kamel, the Chairman of EDC and other petroleum senior official leaders.
EDC, also, increased its share in the well maintenance market by 44% during 2020, versus 34% in 2019. The company owns 69 equipment for drilling and onshore and offshore well maintenance.
For his part, El Molla, affirmed the importance of the continuous implementation of programs for developing drilling equipment by using the latest technologies to cope with the ministry’s plan for exploring, discovering, developing and producing oil and gas in  offshore and onshore sites.
The minister noted that the international petroleum market starts to recover and the drilling plans start to return gradually. He noted that EDC, which owns accumulated expertise, is considered  the petroleum sector’s arm for drilling and maintenance,  requesting it to increase its market share and keep to the health, safety and environment (HSE) measures.
Kamel added that the company is the favorite contractor for most of the international oil companies (IOCs) operating in Egypt noting that the company is to open a new branch in Iraq.