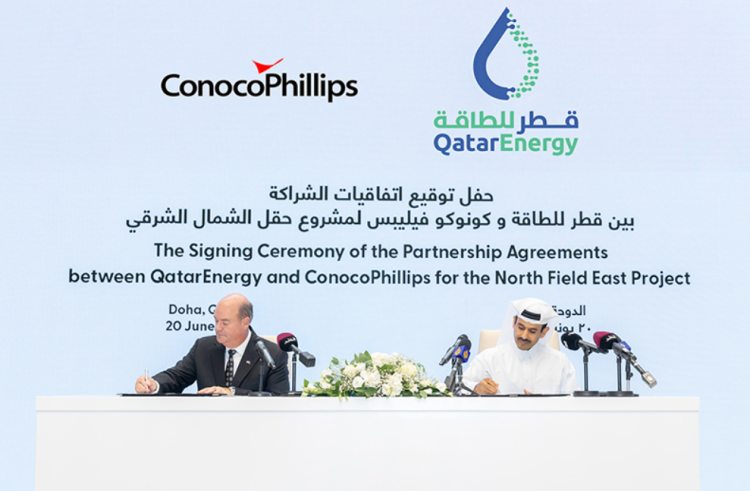 ConocoPhillips has been selected to partner with QatarEnergy on the North Field East (NFE) expansion project, the largest in the history of the LNG industry.

In the course of the $28.75 billion expansion project, this is the third announcement about partnerships.

In his remarks during the ceremony, His Excellency Minister Al-Kaabi said: “Today, we sign a new partnership agreement that will further enhance our relationship and enable us to benefit from the wide experience of ConocoPhillips in the development of the world’s largest LNG expansion project.”

In his remarks during the ceremony, Mr. Ryan Lance said: “ConocoPhillips is delighted to build on our long history of partnering with QatarEnergy and participate in this next phase of development of Qatar’s North Field,”

There will be more announcements regarding the NFE Project, and more partners are slated to join.