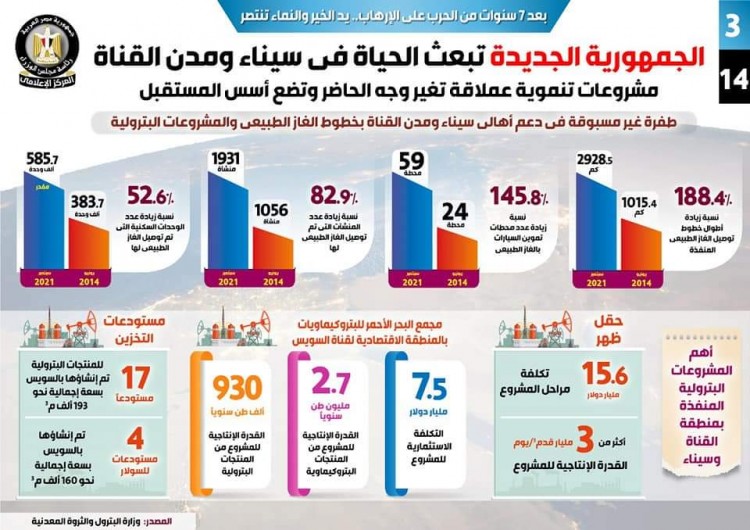 Egypt’s Cabinet has released a report highlighting some of the key energy sector accomplishments that were achieved in the Sinai Peninsula and the Suez Canal over the past 7 years.

This report, which also discussed a wide variety of developments in the area since 2014, stated that the natural gas lines extending into  Sinai and other cities along the Suez Canal have increased by 188.4%, providing up to 2,928 kilometers (km) of gas circulation in the relevant areas. This is considered to be a major achievement as there were only 1015.4 km of natural gas lines. Moreover, natural gas car refueling stations increased by 145.8%, to 59 stations, compared to 24 stations.