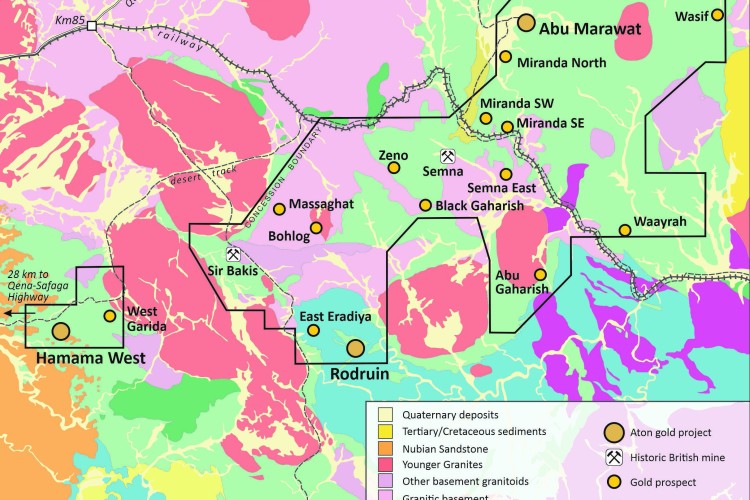 Aton Resources announced that it’s has completed Hamama West gold-silver drilling program in the Abu Marawat Concession in the Eastern Desert of Egypt.

The drilling program involved 6,620m drilled, including 5 holes at the West Garida prospect.

“The RC resource infill drilling programme at Hamama West has now been completed on schedule, and we are surely pleased with the initial results of the drilling that we have received so far,” said Tonno Vahk, Interim CEO.

“The results are in line with our expectations, and again confirm that the Hamama West oxide gold cap will be an easily mineable body of oxide mineralisation outcropping at surface, and which metallurgical testing has shown to be eminently treatable using heap leach processing technology, Vahk said, adding that as soon as all the results received, they will be forwarded on to the company’s consultants Cube Consulting, who will commence work on revising the Hamama West mineral resource estimate.

“The development of the Hamama West starter open pit and heap leach project on the outcropping oxides, as only the second commercial gold mining operation in Egypt, will be a huge step forwards for the mining and mineral exploration sector in Egypt, the Egyptian Mineral Resources Authority, and of course for Aton, and for all our stakeholders,” he added.