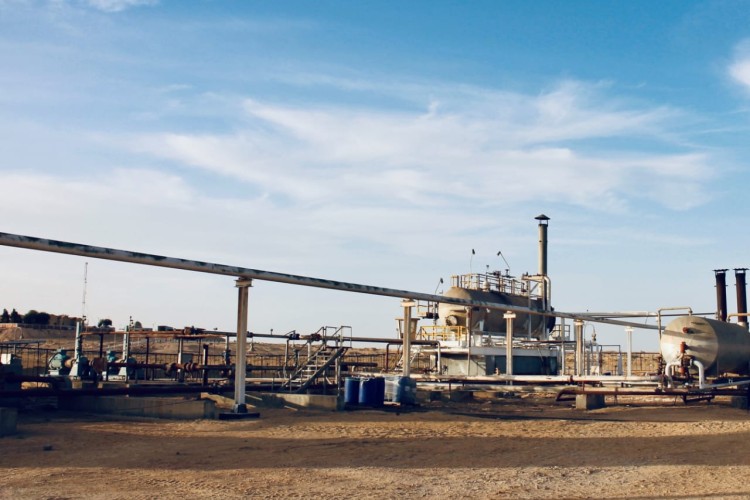 Apex International Energy (Apex) announced that it had acquired interests in four concessions in the Western Desert oil producing region of Egypt from IEOC Production B.V. (IEOC), a unit of Eni S.p.A. Two additional concessions will be acquired by Apex after parliamentary approval of extensions, which is expected in the first quarter of 2023.

Pursuant to the sale and purchase agreement with IEOC, Apex acquired all of IEOC’s interests in the Ras Qattara, West El Razzak and East Kanayis concessions, with the West Abu Gharadig concession to be acquired following an extension, and will become operator of each through Farah Petroleum Company (PetroFarah), the joint venture operating company of Apex and the Egyptian General Petroleum Corporation (EGPC).

Apex also acquired a 25% interest from IEOC in the East Obaiyed concession and will acquire a 25% interest in the South West Meleiha concession following an extension, where IEOC will remain operator. The acquisition is being financed in part through a senior secured borrowing base facility arranged by The Mauritius Commercial Bank Limited.

In addition, Apex and IEOC were recently awarded the East Siwa exploration concession in the Western Desert, each with 50% interest with Apex as operator. The East Siwa concession agreement has been approved by EGPC and is expected to be approved by Parliament and signed into law in the second quarter of 2023.

Apex has discovered 4 new fields in its existing South East Meleiha (SEM) concession since January 2021 and plans additional exploratory drilling in SEM in 2023. Eni is the leading exploration and production company in Egypt, and Apex will work closely with IEOC to progress exploration activity in the East Siwa concession.

Apex has grown its existing production in SEM to approximately 7,000 barrels per day since production start-up in August 2021, with a total of 25 wells drilled since December 2020, of which 17 are currently producing. With the concession interests purchased from IEOC, Apex’s combined working interest production in the Western Desert is expected to approach 11,500 barrels per day, with prospects for additional growth, and place Apex as the 8th leading oil producer in Egypt.

Apex also expects to commence its first natural gas production during the second quarter of 2023, when the Faramid Development Lease in the East Obaiyed concession is projected to come online. There are two natural gas discoveries in the concession, and IEOC has been progressing development plans with EGPC.

“We look forward to integrating these synergistic assets into PetroFarah to optimize and increase production with our experienced and capable technical and operations team,” said Thomas Maher, Apex’s President and Chief Executive Officer. “Eni is already our partner in the East Siwa block. Given the strongly complementary nature of our Western Desert operations, we look forward to a closer collaboration to deliver strong operational, cost and resource upside benefits.”

“Acquiring interests in these six concessions from IEOC is a significant step in Apex’s ongoing growth strategy to become a leading independent Western Desert exploration and production company,” said Roger Plank, Apex’s Chairman and founder. “We look forward to commencing Apex’s first gas production in 2023 and becoming part of the exciting Egyptian natural gas success story. With strong support from the Egyptian authorities, the growth in Egypt’s gas production and utilization has boosted domestic competitiveness and environmental responsibility while also allowing increases in natural gas exports to Europe and other international markets.”