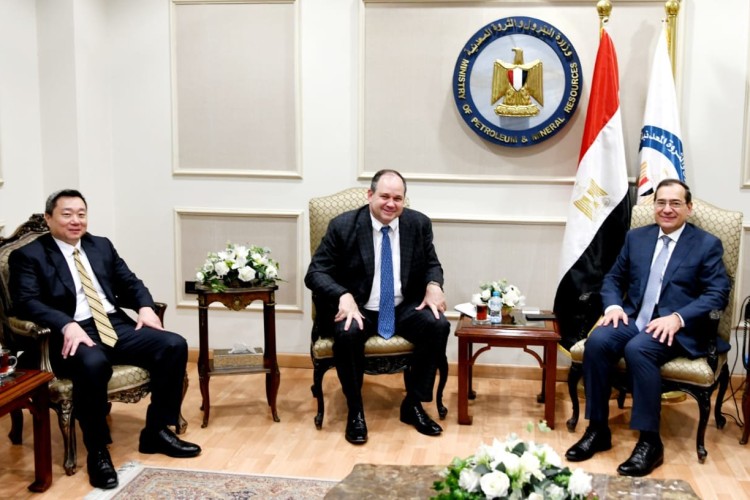 The meeting took place in the presence of David Chi, Vice-President of Apache Corporation and Country Manager for Apache in Egypt. They discussed the work system of the two joint companies with Apache (Khalda Petroleum Company and Qarun Petroleum Company) in light of the memorandum of understanding (MoU) signed between the two sides in this context during EGYPS 2022 and activating the merger of the two companies.

During the meeting, El Molla welcomed Apache’s intention to pump more investments in its concession areas in the Western Desert, whether to improve the productivity of aging wells or to intensify research and exploration activities and make new discoveries in light of the promising results of seismic research, which showed positive petroleum potential and reservoirs.

This also happens in light of the rise in international oil prices, which encouraged international oil companies (IOCs) to intensify their activities and benefit from these prices. El Molla noted that Apache has been a strategic partner in the petroleum sector for more than 25 years, during which it achieved distinguished results.

The minister added that the advanced technologies that Apache will provide will open up broader prospects for exploration and discovery on a uniquely deeper levels, pointing to the effective contribution of Apache in implementing training programs for workers in the petroleum sector in the middle management program within the framework of the sector’s Modernization program.

El Molla highlighted the importance of developing and improving governance systems and policies in Khalda and Qarun companies after activating the merger, as well as human resources systems, building cadres, and digital transformation by making use of the best international practices.

Meanwhile, Christmann pointed out Apache’s commitment to intensifying its activities in Egypt, as it is the most important work area for the company in the world, applying the latest technologies in the fields of exploration and production, and improving the productivity of obsolete wells to raise production rates, in addition to contributing to the implementation of training programs for workers in the petroleum sector.

Christmann praised the development witnessed by the energy sector in Egypt during the last period and the positive steps towards becoming a regional oil and gas hub.