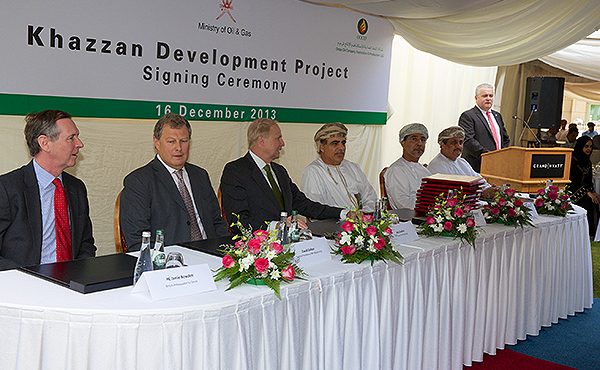 BP expects to start natural gas production from Oman’s Khazzan field by 2017 at a rate of 1 bcf a day, a senior executive from the British oil major said on Monday.

“2017 is when we plan to have the first gas from the field, and that ramps up to 1 bcf a day – it may actually ramp up to 1 bcf a day very quickly,” Michael Townshend, president of BP Middle East, told reporters in Abu Dhabi.

The company plans to drill 20 wells in 2015, boosting that number to 50 wells in the next couple of years, and is already building a plant to handle the first 1 bcf of gas, he said.

Total investment in the first phase to reach the initial gas production target will be $16 billion, he added. BP has previously said it expects to invest around $9.6 billion, in accordance with its 60% stake in the project; state-owned Oman Oil Company Exploration & Production has 40%. BP said last October that it had awarded two drilling contracts worth $730 million for the project.