Understanding the Prospects of Brownfields In Egypt 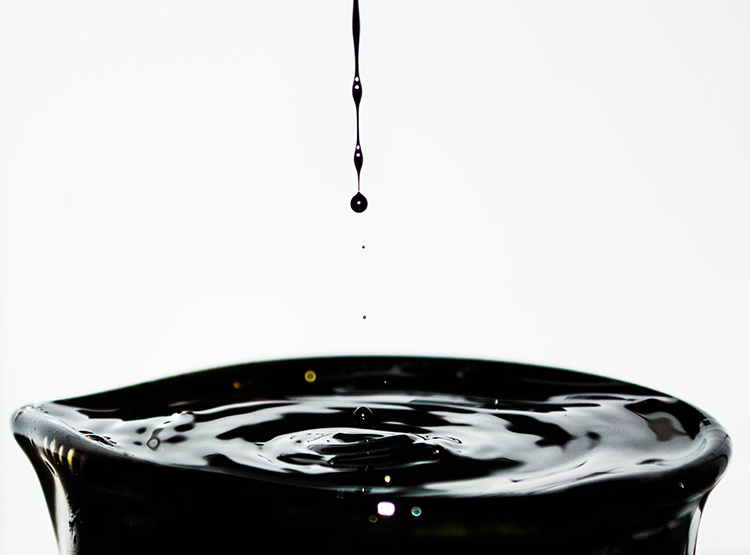 As conventional oil fields are nearing maturity, market players have long shifted their focus towards maximizing the commercial viability of existing mature fields. Conventional brownfields account for around 65% of global oil production.

In addition, crude production from brownfields in Egypt comprises approximately 77%, Kamel El Sawi, President of Kuwait Energy Egypt, noted during the Future of Egypt’s Brownfield Development Roundtable. These percentages give both international and local market playerss a strong incentive to develop the best and most cost-effective technologies to enhance the value of brownfields.

In Egypt, several techniques are being followed to boost production from mature fields. “We use in Egypt a lot of technologies in terms of improved recovery, such as water flooding and, even more advanced techniques, such as steam injection,” Mohamed Zahran, Senior Reservoir Engineer at Shell Egypt, told Egypt Oil & Gas, adding that “the wells performances are frequently reviewed and repairing strategies are implemented whenever it is required. A lot of well interventions are designed to improve the wells performance such as stimulation with acidizing, hydraulically fracturing and others, [as well as] introducing of new artificial lift. Recompletion of the wells is also implemented frequently.”

There are several methods and technology to further enhance the value of brownfields. Among the technologies used is perforating, which creates a flow path between the wellbore and the near reservoir and includes drilling a hole from the wellbore through the casing and cement sheathes into the producing zone. One of the companies implementing this technology is Pemex. It contracted Schlumberger to executed perforating work on “a brownfield in Latin America struggle[ing] with economic and operational challenges,” according to Schlumberger’s ‘Case Study: ACTiveOptiFIRE System Perforates Three Intervals, Increases Well Production 18% in Brownfield Well.’ Schlumberger argues that perforating technology can be used to enhance production from brownfields.

Deloitte announced in November 2017 that it had launched—in cooperation with FOROIL— a new technology that would enable its upstream clients to boost output and reserves from brownfields. The FOROIL method works through using historic output data with high-performance computing and mathematical modeling. “This technology could have as much impact on the industry as 3D seismic,” Scott Sanderson of Principal Deloitte Consulting LLP told reporters at the time of the announcement.

Operators further use seismic stimulation in mature fields, due to its effectiveness on sandstone, carbonate reservoirs, and diatomite. Seismic stimulation is a promising alternative to shale plays re-fracturing. The seismic stimulation tool works by creating elastic waves to prepare the lightest phase first.  It is accompanied with less water production and produces more oil production. Seismic stimulation “is best applied to fields having gas-oil ratios of less than 2,000 standard cubic feet per barrel [cf/b]. Thick oil is less inclined to move regardless of the elastic wave strength,” according to Bill Wooden and Sergey Kostrov’s article, entitled ‘Seismic Stimulation Advances EOR Technology.’

Seismic stimulation is preferred over other enhanced oil recovery (EOR) techniques due to its elastic waves—which have no vertical or horizontal plane barriers—and because other EOR methods usually are more expensive and ineffective in reservoirs that are highly heterogeneous.

Moreover, he pointed out that the “Gulf of Suez Petroleum Company (GUPCO) used a new coiled tubing technology from Halliburton and revived [around] 12 wells that were abandoned due to limitation of access to the well due to fluid properties.”

Brownfields are Important for Egypt’s Economy

Reviving oil brownfields is very important for the Egyptian economy. While Egypt’s newest discoveries are natural gas discoveries, the country continues to use oil and to pay billions of dollars to import petroleum products. Egypt’s oil fields are close to maturity. BP announced in the early 2000s that oil fields in the Gulf of Suez region, which are processed by Gupco, its joint venture with EGPC, would be cut-off economically before of the extraction of all their resources. EGPC and BP then negotiated an extended license that improved the fiscal terms of the fields’ development.

In addition to BP, Eni had talks with EGPC regarding the “terms for its Belayim fields and, in 2009, extended its development lease until 2030,” as mentioned in Wood Mackenzie’s ‘Egypt Upstream Summary.’

Speaking about Egypt’s brownfields, El Sawi stated during the Future of Egypt’s Brownfield Development Roundtable that “there is an absence of new discoveries all over the world since about more than ten years back.[…] This brings a very big importance for the development of brownfields.” He added that “since 2008 when the oil price reached $147, most of the companies all over the world started thinking in a different way, to develop the mature brownfields.”

Brownfields can benefit the Egyptian economy. The Vice President of Oilfield Services at BHGE, Jerome Jammal, argued during the roundtable that the country must develop its brownfields for the sake economic development and future generations.

Reviving brownfields can benefit the country on several levels. Notably it can reduce environmental health and safety risks that result once the property is cleaned up and returned to productive use, according to ‘What’s the Most Important Benefit of a Brownfields Redevelopment Project?’ in Environmental Standards.

Egypt should consider all its options in order to extract the most oil from its brownfield. In order to maximize economic value, the developer should assess “land-use options for specific brownfield sites by integrating different models that consider ecological, social and economic aspects of redevelopment in order to provide a full ‘sustainability’ assessment,” including “an estimate of costs for the remediation of soil and groundwater and deconstruction of derelict buildings; an assessment of the market value of the site based on the quality of location and financial risks associated with the investment;  a summary monetary assessment based on the remediation costs and market value; and a sustainability evaluation based on the sustainability goals of local government planning policies,” according to the European Union’s ‘New Framework to Assess Brownfield Development Potential.’

The economic benefit of reviving brownfields in Egypt is “important, but indirect” according to Zahran, who told Egypt Oil & Gas that “it shows up in the pay back of government debts to foreign companies and investment in human resources development.”

Oil production from Egypt’s Gulf of Suez fields started in the 1960s. Production peaked in 1993 at 912,000 barrels per day (b/d) and has been declining since then. Production is expected to bottom out by 2029, according to Wood Mackenzie’s ‘Egypt Upstream Summary.’ With production ebbing, it is important to revive maturing fields and to face the challenges of brownfields.

One of the challenges faced by the companies working in brownfields is related to technology usage. “We [in Egypt] have most of the technologies but some of them are not implemented on a wide scale, such as seismic acquisitions of the old fields, 4D seismic, enhanced oil recovery—such as polymers, surfactants and other technologies,” Zahran told Egypt Oil & Gas.

Addressing brownfields, in any country, can be challenging on several levels. “Brownfield sites consume scarce soil resources and may cause environmental and health risks, as well as economic and social costs,” according to the European Union’s ‘Science for Environment Policy THEMATIC ISSUE: Brownfield Regeneration.’ Therefore, it is very important to study the economic aspect and cost of the brownfield redevelopment project before implementing it. The areas subject to redevelopment should be studied over three levels: the socio-economic level, smart growth level, and environmental level, according to an article published by the European Commission entitled ‘New Tool to Compare and Prioritise Brownfield Sites for Redevelopment.’

In Egypt, one of the challenges the country faces in its efforts to revive its brownfields is its current agreements. “The concession agreement is prepared before the exploration start, so when you include a mechanism or different fiscal regime to develop the brownfield later on, this will complicate the agreement too much,” Mostafa El Bahr, Former Chairman of Agiba Petroleum Company, previously said. He noted that it is difficult to know when to incorporate brownfield terms into a concession agreement.  “I think we need to include this while we are signing the development lease because in this case you will be in a better position to identify more or less how much oil you have, how much of this will be recovered and the recovery factor and what do you need to spend to recover this oil,” he said.

Egypt also faces management and data challenges when it comes to reviving brownfields. These challenges include “old managers who cannot develop their mindsets [to cope] with the new technologies, ideas, and new solutions, and who cannot develop their managerial style to get the maximum benefits of their engineers,” Gabery told Egypt Oil & Gas. He further listed “bad training for the responsible engineers; [poor] database[s] in some companies for well logs & operations; old agreements between EGPC/EGAS and the investors; and the relatively high capital cost needed for shale gas reservoirs, which may need different investors.”

Egypt has been adopting several techniques to face these challenges and to maximize output from its brownfields. Egypt recently implement “revival strategies [including] making a good database for old well logs; reviewing these logs; using new mindsets [of] young engineers and getting approval from the open-minded top managers; being brave to test unconventional zones and try new stimulation solutions; making workshops between national engineers, geologist and geophysicist in operating companies; training for the engineers, geologist and geophysicist on new technology; and encouraging paper publications in journals and conferences to share success stories,” Gabery said.

In order for Egypt to boost its output from oil brownfields, the country needs to assess its strategies, review its agreements, reconsider the implementation of technology, and measure the costs and profit of reviving these fields.