Understanding the Impact of Egypt’s Economic Reform on Petroleum Investment 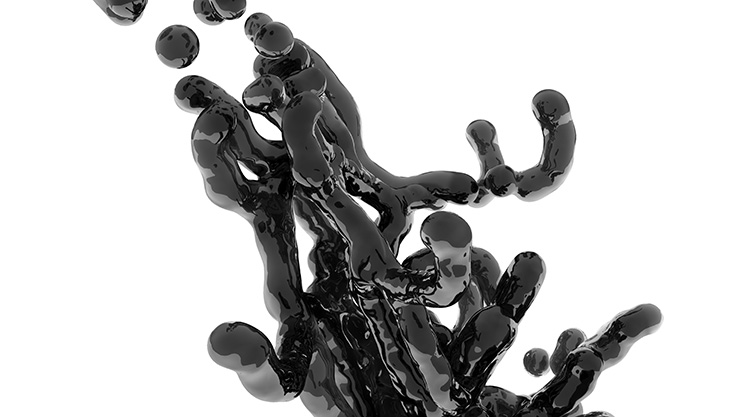 Egypt’s oil and gas industry has always been one of the core indicators of the health of the country’s economic environment. To note, in response to the fluctuations resulting during the early phases post 2011, Foreign Direct Investment (FDI) influx into the industry saw a decline, decreasing from EGP 54.3 billion in the Fiscal Year (FY) 2011/2012 to around EGP 25.5 billion in FY 2013/2014, according to Egypt’s Ministry of Planning.

Rigorous economic reform program and hydrocarbon modernization strategies were urgently needed to retain the investor’s confidence in the petroleum sector, in addition to unleashing the great potential of the sector. Thus, the Egyptian government started searching for opportunities by implementing a comprehensive reform program in November 2016. The program is essentially aiming to improve Egypt’s foreign-exchange market, raise the competitiveness of its investment climate, reduce the inflation rate, and control the Balance of Payments (BOP) and budget deficits.  Experts argue that all those factors combined, in addition to the decreasing debt to international oil companies (IOCs), are expected to increase FDI inflow, specifically into exploration and production (E&P) activities.

Egypt’s major economic reform program included reshaping the country’s fixed exchange rate system. The Central Bank of Egypt (CBE) has tightened monetary policy, mainly through liberalizing the exchange rate, which is considered a milestone towards restoring the competitiveness of the economy and boosting private sector activity and investment in the petroleum sector.

Macroeconomic conditions are already showing signs of stabilization following the liberalization of the exchange rate, according to the World Bank’s (WB) Egypt Economic Outlook for October 2017. It eased shortages in foreign currency, eliminated the parallel market, and kick-started an improvement in Egypt’s external accounts. The BOP achieved a $13.7 billion surplus around 5.8% of the year’s projected Gross Domestic Product (GDP); 90% of which was realized only following the exchange rate floatation, according to the WB statistics. Moreover, FDI in the oil sector rose to $8.1 billion in FY 2016/2017, compared to $6.8 billion in FY 2015/2016, according to the Ministry of Petroleum and Mineral Resources.

“Floating the exchange rate and eliminating the parallel foreign exchange market would ensure the availability of foreign currency in the market and accordingly would provide more confidence to [oil] companies about investing in the Egyptian market at the moment, Omar El-Shenety, Managing Director, Multiples Group noted.

Furthermore, petroleum experts believe that the authorities are determined to continue with the reforms, and there is great progress in addressing various issues that IOC are facing within the Egyptian market today, which will drive further investments and increase their confidence in Egypt, said Gasser Hanter, Vice President Upstream, Country Chair and Managing Director for Shell in Egypt.

Having a similar positive view, Nicolas Katcharov, Edison’s General Manager Egypt Branch and VP North Africa and the Middle East Operations, told Egypt Oil & Gas that “as a result to the reforms, and the new regulation, increase in investments in exploration is expected.” On the other hand, he explained that “the major obstacle to further investments is the remaining $2 billion overdue towards IOC.”

“The liberalization of the gas market, for example, intends to facilitate the progressive re-absorption of this debt. Everything depends on how the applicable rules of the new gas act will be designed, and particularly the possibility of using existing assets for an investor in the Egyptian oil and gas sector to recover,” Katcharov added.

Tracking the reasons behind the oil and gas FDI boom after initiating the reform program, experts believe that one of the main reasons is the increasing foreign reserves.

International Monetary Fund (IMF)’s executive board approved, in November 2016, the decision to assist Egypt financially in the form of an Extended Fund Facility (EFF) arrangement worth $12. The Executive Board approved its first review on July 13, 2017 and the second review on December 20, 2017.

Following the second review by the IMF’s executive board approved the loan’s third installment to Egypt after the second review in December 2017, yet no official announcements were made about receiving this tranche. Once paid, the third installment would raise the total sum of the IMF loan to Egypt to a sum of $6 billion, out of a total $12 billion, according to the IMF. This is half of the total amount approved by the IMF Executive Board for Egypt’s program. Completion of the third review and subsequent reviews will allow the disbursement of about $2 billion per review.

As a result of sealing the $12 billion deal between the CBE and the IMF, foreign reserves increased by 60%, reaching $31.3 billion in June 2017, equivalent to nearly six months worth of goods and services imports, according to a BN Paribas’ report. In general, international reserves in Egypt have averaged around $22.7 billion from 2003 until 2017, reaching an all-time high of $37 billion in December 2017 and a record low of $13.4 billion in March 2013, according to the CBE.

Economic experts agree on the positive impact of increasing reserves on foreign investors’ confidence in Egypt’s oil and gas sector. “The increase in foreign reserves strengthen investors’ confidence as it improves exchange market stability, and hence, reduces exchange risk associated with capital investment decisions, especially in regard to reducing risks of capital account restrictions on profit transfers for FDI,” Dr. Alaa El Shazly, Professor of Economics at the Faculty of Economics and Political Science (FEPS) at Cairo University stated.

Affirming the consequences of increasing foreign reserves on Egypt’s petroleum sector, Dr. Pascal Devaux, Senior Economist MENA, BNP Paribas said that, “ Even if the investments in the oil and gas [sector] are long term, the increase in CBE foreign exchange (FX) reserves is a positive signal to foreign investors.” It is a guarantee of the capacity of any Egyptian counterpart −the government or a private company− to repay its debt in foreign currencies, and it ensures the foreign investors to repatriate their profits as an adequate level of FX reserves means the removal of capital control, he added.

Devaux further explained that “the EGP floating and the end of the parallel market means that the FX rate is the [real market] rate and is the result of FX demand and supply [equilibrium]. It allows the foreign investor to plan [their] investments with more accurate FX rate forecasts.”

The exchange rate adjustment, in addition to the increasing foreign reserves have helped in freeing up resources to pay for part of the accumulated arrears to international oil companies, which currently [at time of going to press] stand at $2.2 billion at the end of January 2018 down from $3.5 billion in end-2016, according to the WB.

“One of the main concerns for oil majors has been delayed payments and arrears at the Egyptian government. With the increase of reserves and the smooth flow of foreign currency into the economy after the free float end of 2016, this concern is diminishing, which should give oil companies the confidence needed to invest in the market, especially with the new discoveries,” El-Shenety stated.

Regarding Egypt’s goal of reaching zero debt to IOCs, Egypt’s Minister of Petroleum and Mineral Resources, Tarek El Molla declared that “it is hard to determine a specific date, but we imagine that if the current rate of payment continues we will be able to reach zero external debt within two years,” according to Reuters.

Experts find it hard to set a date as well. “As far as has been announced, some of the money coming from the IMF has already been channeled to oil companies to decrease the arrears and lately we have been seeing the arrears account getting diminished. Yet, it is hard to see arrears getting to zero soon. It will take time until arrears are fully cleared but I believe what matters at the moment are to see the balance decreasing and to see the new discoveries opening new opportunities in the market,” El-Shenety stated.

Linking between the IMF loan and IOCs’ areas, El-Shazly explained that “the improvement in BOP results related to economic reform is making debt repayment to oil companies less sensitive to the availability of IMF facilities by depending more on own resources.”

On the contrary, when asked if the Ministry of Petroleum and Mineral Resources will use the money of one of the upcoming IMF loan tranches to pay for IOCS’ arrears, Devaux explained that “the decision to repay IOCs arrears is up to the Ministry of Finance.” More generally, there is no direct link between a capital inflow (IMF loan for example) and a capital outflow (IOCs repayment), he added.

“However, the decision to repay arrears depends on the level of CBE FX reserves and of the fiscal prospects. The IMF loan contributes positively to those two elements, but not because of the amount of the IMF loan but because the IMF’s support has allowed Egypt to benefit from external financial support, and to issue Eurobonds on international capital markets. The repayment of IOC arrears contributes positively to FDI in the sector. No idea when the debt to IOCs will be zero,” Devaux further noted.

In December 2017, El Molla, announced the start of natural gas production from Egypt’s and the Mediterranean’s largest offshore field, Zohr, according to the Ministry’s official press release. As the giant field starts producing natural gas and taking more steps towards reaching energy self-sufficiency, many speculations revolve around how soon it will begin to directly impact the market dynamics, and indirectly affect the IOCs’ investment in E&P activities.

“Achieving self-sufficiency in natural gas will create more room to produce for export markets through FDI,” El-Shazly stated. On the other hand, Devaux thinks there is an indirect relationship between reaching self-sufficiency and attracting more FDI to the E&P activities, as FDI attraction will notably rely on the market−domestic consumption or exports−, the selling price, and the macroeconomic situation.

On the long run, Egypt has to repay IMF’s loan. Thus, a debate started about the role of natural gas export revenues in covering such a debt. “Expansion in natural gas production and exports will normally help in debt repayment including IMF’s,” El-Shazly said. Giving more explanation, Devaux mentioned that “any factor that positively impacts the current account balance is positive for the Egyptian capacity to repay external debt.”

While El-Shenety believes that having the new discoveries is great news and will decrease the trade balance deficit, and thus enhance the government’s capability to pay its external dues to IMF and others. “Still I don’t see us having a surplus that we can export and when it comes to paying back IMF loans and other external debt, I believe the government needs to foster broad based economic recovery across a wide variety of sectors especially tourism and industrial sector which can generate sustainable revenues in foreign currency to help with external debt repayment. Counting on oil discoveries alone will not be sufficient,” he stressed.

The country’s ongoing transformational economic reform program has already started spurring the economy, enhancing the country’s business environment, and staging a balanced and inclusive growth. The program is widely endorsed by key development partners, including the WB’s programmatic DPF series, the IMF’s EFF, and the African Development Bank parallel financing.

The implementation of monetary and fiscal reforms along with the gradual restoration of confidence and stability are starting to yield positive results. Consequently, both economic and petroleum experts are optimistic about the potential effect of the economic reform on the oil and gas industry, especially its ability to attract extra FDI after getting back the foreign investors’ confidence. Moreover, discovering  Zohr has its positive effect on the industry as well.