Tracking The Gender Gap In Egypt’s Petroleum Sector: From Academia To Field 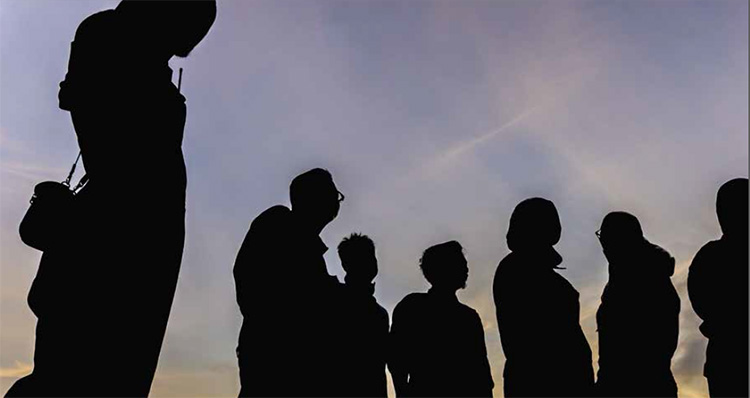 Representing less than 10% of the employees in Egypt’s oil and gas sector, women account for a significantly smaller share of the industry’s workforce than they do in almost all other industries, according to the Central Agency for Public Mobilization and Statistics (CAPMAS)’s workforce report 2016.

This relatively small percentage includes women who work in business, administrative, financial, legal, and commercial roles.  They have a very limited presence in technical posts, which are often considered prerequisites for career advancement, as well as upper management roles.

Second, the industry misses out on the greater quality of teamwork, has a lower diversity of perspectives, and does not reach a level of creativity in solving technical and business problems that characterize more gender-diverse sectors.

Third, the industry’s relative lack of gender diversity, particularly in the senior and upper managerial levels, negatively affects its reputation among women as a career destination. This could create a vicious circle, one in which the industry finds it progressively harder to recruit women across the board, Katharina Rick et al. noted in their paper entitled “Gender balance in oil and gas: An important and attainable goal”.

The Egyptian Academia: Where the Gap Starts

Basma El Zafrany, a geophysics graduate, believes that the petroleum industry has lately became a more closed industry than before due to the multiple restrictions on hiring female fresh graduates. This is negatively affecting the percentage of women in the industry and accordingly increasing the gender gap.

Menna Lotfy, a student at the Faculty of Petroleum and Mining Engineering at Suez University, told Egypt Oil & Gas that she believes the gap exists “because it is not usual for us in Egypt to see females in the petroleum fields… the environment and the culture make it unavailable and, unfortunately, we have to face this problem after the graduation”. For her, one of the main challenges of entering the industry are restrictions on training. “The field is banned for us,” she says, “…the only available option is the office”.

As for life after graduation, El Zafrany explained that the main challenge facing her as a fresh graduate aside being female, is the high hiring standards in the industry.  Fresh graduates are required to have a strong technical knowledge and developed personal skills, such as communication, presentation, and team work skills. Most of these skills are not taught in the academic life.

She further highlighted that another challenge facing women in the industry is being restricted from working in both onshore and offshore fields. “Multinational companies allow that. [Yet,] it’s harder in national oil companies. [IOCs] like Schlumberger and Halliburton hire females as much as they can with fair interviews, while national companies have restrictions and some favoritism,” she added.

When asked about how she would resolve the problems facing female petroleum engineers, Lotfy argues that it is simply a case of recognition: “I think the main problem is the preparation of the petroleum industry for us. For example, we do not find fields in Egypt cover our simple needs, such as the accommodation, so I think if the companies start to believe in us and know that it is our work, the problem will be solved and the gap will be eliminated,” she says.

Nayéra Tawfik, offshore and coastal systems engineering student at Faculty of Engineering at Alexandria University, told Egypt Oil & Gas her success story about getting the opportunity of going to an offshore field during the summer training. “Last summer, I had the opportunity of going to an offshore field in Ras Gharib for a week, during my 3 month training with Advanced Energy Systems (ADES). It was such a great experience, especially that ADES is a NOC. It is harder for NOC female trainees and employees to work in the field, due to the Egyptian culture. However, I believe that open-minded and encouraging male leaders in these companies will lead the change and allow women to find their way in this promising field.”

Referring to the gender gap in the industry, Tawfik said that “the main reasons are the Egyptian culture barriers. Egyptians do not accept the idea of allowing women to work in the oil and gas industry, especially upstream activities. Even if girls are willing to join the industry, they usually do not find any support from their parents and family, due to the reputation of the petroleum as a male-dominated industry.”

In addition, Tawfik mentioned that she is the only female student out of 21 students in her department.  “In general, we have less opportunities in Alexandria compared with Cairo and Suez, as most of the IOCs specialized in upstream activities do not have branches in Alexandria, thus they do not offer training for undergraduate students in the governorate. In Alexandria, we have a gender gap and a training gap as well.”

When asked about the challenges facing her at college, Tawfik stated: “Personally, I learnt how to manage my student life as the only female in my department. I had to work hard to be able to cope with such a challenging environment. Yet, my efforts were fruitful. I have to admit that my mother’s support is one of the main reasons of being able to overcome many challenges.”

“Women need a seat at the table, they need an invitation to be seated there, and in some cases where this is not available, well then you know what? They need to create their own table,” she concluded.

The gender gap between men and women in academia is not only among students. It clearly appears between faculty staff members. Women represented around 16.1% of petroleum engineering faculty staff members across Egypt in 2016, slightly decreasing from 16.8% in 2015. This was due to the increase in the number of male staff members from 94 to 99, while female members remained at 19, according to CAPMAS.

Dr. Rehab Motasiem El-Maghraby, assistant professor of chemical and petroleum engineering at Suez University, told Egypt Oil & Gas that “the limited participation of females in the field of oil/petroleum either as a faculty staff or job market employee is due to the nature of the work and the vision of the community to their participation. Even oil companies’ preferences are directed towards male fresh graduates. There are certain departments in the faculty of petroleum engineering where females were not granted admission, it was only exclusive for male students.”

Highlighting the barriers facing women in the petroleum industry, El-Maghraby said: “As a female, I have to think many times before taking this step to enter the energy/oil field and accept its consequences. I have to be a fighter and a rock solid to survive in a male dominant community and a male preference job market, especially in the petroleum engineering sectors.”

On the bright side, she explained that the “current generation of females is very ambitious… they are willing to make a difference and waiting for the chance to take part in developing their own country.”

“In Egypt, current female students know exactly what they want, but the fact of being seen as a second option in the energy sector job market, with the priority of course given to the males in the field, is holding them back from achieving their dream,” she added.

Commenting on the recently-launched campaigns to raise awareness among female students and fresh graduates regarding the importance of their participation in the petroleum sector, El-Maghraby said: “I do agree to some extent to this statement, but still more campaigns are needed. The involvement of oil/ petroleum companies in these campaigns is very limited and need to be enhanced. The power of youth in development and their fresh minds is not fully utilized in the petroleum sectors. Also, the power of woman and her capability in the field is not fully outlined and appreciated by oil companies. All this needs more attention. Students in general and female in special do not fully see the importance of their contribution to the field.”

Due to the small percentage of female specialized graduates, attracting and retaining greater numbers of women in the Egyptian oil and gas industry is challenging, especially within operational and field positions. Moreover, structural barriers within the industry make it difficult for women to advance and balance work and family commitments. “The industry can and must surmount these challenges and close the gender gap, however, if it hopes to position itself optimally for the future,” Katharina Rick et al. noted.

Egypt is currently working on narrowing the gender gap in the industry by empowering women and helping them achieve their own interests in all the petroleum sector’s industries, the Egyptian Minister of Petroleum and Mineral Resources, Tarek El Molla, highlighted in his speech during the second edition of the Egypt Petroleum Show (EGYPS2018). El Molla also stated that women currently represent 30% of leading positions in the oil and gas sector.

Despite the continuous efforts of IOCs to recruit more women and make the workplace more hospitable for female employees, more efforts will be needed by both the government represented in NOCs and the Ministry of Higher Education before Egypt can witness a significant change in the number of women in the energy sector.