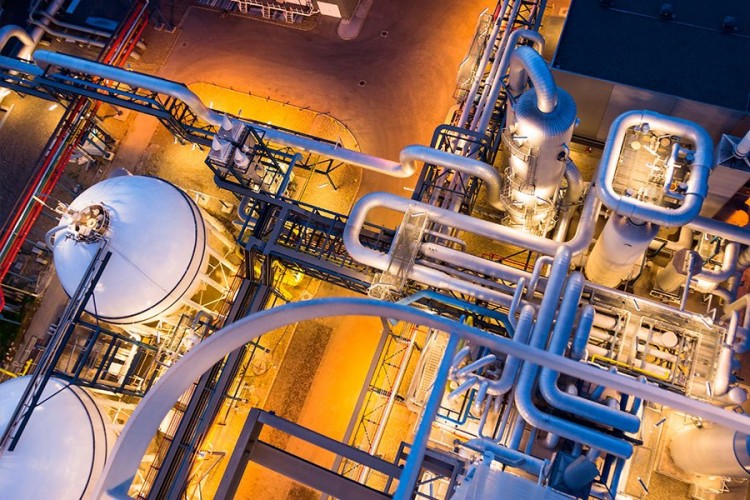 Egypt’s petroleum sector is starting a new era of energy self-sufficiency. The Ministry of Petroleum and Mineral Resources has already announced the first milestone in its ambitious plan by declaring that Egypt will achieve self-sufficiency of natural gas before the end of 2018.

As a result, the country is witnessing an expansion in exploration and production (E&P). Although upstream activates drive a great portion of investments in Egypt, looking at the petrochemical industry it is equally essential to reach the goal of transforming the country into a regional energy hub. Furthermore, petrochemicals play an important role in the Egyptian economy and are one of the most dynamic parts of the oil and gas sector.

The industry contributes around 3% of the country’s gross domestic product (GDP) and 12% of the local industrial production as a whole, according to the General Authority for Investment and Free Zones (GAFI).

Egypt’s petrochemical industry witnessed changes that rewrote the future of the industry, most notably the reduction of fuel subsidies. On the other hand, new hydrocarbon findings created a great potential to start new petrochemical projects and raise the capacities of the well-established complexes.

In November 2016, Egypt launched a major economic reform program through a number of fiscal policy and monetary policy decisions. The most powerful decisions included, floating the exchange rate, reducing energy subsidies, issuing new taxes, and increasing interest rates.  The petrochemical industry is well positioned to benefit from those economic reforms in addition to the growth of Egypt’s natural gas sector. The industry could help drive the Egyptian economy in the future in many ways.

Some industry experts, however, argue that the subsidies cut has an indirect effect on the petrochemical industry, as the cost of producing petrochemicals is depending on more than one factor. “As petrochemical products are priced internationally according to many factors, including supply and demand trends, substitutes, and feedstock prices, consequently, domestic subsidies cut will not affect the prices of petrochemical products, yet, it might have an impact on their profitability and some products will not be that profitable,” Abeer El Sherbiny, Business Development Engineer, Egyptian Petrochemicals Holding Company (ECHEM) noted.  She further explained that if local producers increase prices of their products, then they will not be able to compete with imported less priced petrochemicals products neither in the open Egyptian market, nor in international markets

On the contrary, other industry experts believe that the cost of producing petrochemicals is highly dependent on feedstock, thus there will be a direct effect of reducing energy subsidies.  “The regions with abundant low cost feedstock have obvious advantage over the regions where the availability of feedstock is limited or closely related to crude oil pricing levels,” it was disclosed during the Southwest Process Technology Conference, held in the US.  For instance, “Polymers are added value derivatives to natural gas components, which are mainly ethane and propane feedstock. After the subsidies cut, the earnings before interest, taxes, depreciation, and amortization for these derivatives squeezed by 30-40%. Prices of such goods are currently matching international prices as well as the feedstock, on the other hand petrochemical products like those used as fuel and in industry inputs, representing a big load on governmental budget before subsidies cut will be diminished to fade out after complete subsidies cut, hence these improvements will dramatically affect prices of those goods,”   stated an industry expert in petrochemicals, who requested anonymity.

The Impact of New Gas Discoveries

Though feedstock includes lighter crude-oil products, natural gas is increasingly at the heart of the global petrochemical industry’s ability to produce for the components of many products. The natural gas feed stock, a primary factor for the petrochemical industry, is expected to be available in Egypt at competitive prices as gas discoveries have brought online, especially Zohr field. In December 2017, El Molla, announced the start of natural gas production from Egypt’s and the Mediterranean’s largest offshore field, Zohr, according to an official press release. Zohr’s production is considered a milestone in the history of the natural gas industry and related industries as petrochemical, both globally and in Egypt, especially after adding initial output from Zohr field to the production map in an unprecedented record time, compared to other natural gas discoveries all over the world, El Molla pointed out.

The onshore processing facility will process and pump production from the field into the country’s natural gas national grid, with an initial production capacity of 350 million standard cubic feet per day (mscf/d), after the success of operational trials of processing facilities and pipelines. Upon completing the first phase of the project, which is planned in June 2018, the field’s output will gradually reach more than 1 billion cubic feet per day (bcf/d) of natural gas, El Molla highlighted, adding that this production will contribute to achieving self-sufficiency of natural gas and decreasing imports bill. The minister pointed out that Zohr’s output will reach 2.7 bcf/d, upon finalizing all phases of the project by the end of 2019.

“The completion of Zohr project phase one will avail the opportunity to utilize excess gas either in Liquefied Natural Gas (LNG) production or in the petrochemical industry, provided that Zohr produces lean gas. The route by which lean gas can be utilized in the petrochemicals sector depends mainly on gas pricing, as some routes cannot be achieved unless a competitive gas price is available,” El Sherbiny explained. Therefore, increasing natural gas production and decreasing imports are expected to ease the burden on the country’s budget in the light of the energy subsidies cut. Accordingly, the production increase will secure competitive gas price and allow petrochemical industry to expand.

“On the positive side, there are a numerous traditional routes for petrochemicals production using lean gas, such as, Methanol and its derivatives (Acetic Acid, Formaldehyde…etc) and Urea and non-traditional routes such as olefins production via the Gas To Olefins route (GTO). [….] There are nonstop technological efforts to produce chemicals and petrochemicals products directly from lean gas, such as Oxidative Methane Coupling (OCM), however, some of these technologies are not yet commercialized,” El Sherbiny added.

To be competitive, petrochemical experts advise that production sites should have easy access to both feedstock and markets. They must be capable of producing the high quality, lighter products that world markets are increasingly demanding. “Zohr is online now, and gradually more gas will be pumped, [yet] without easy access to gas facilities, there will not be any more gas exploitation. The majority of petrochemical plants in Egypt are not planned to use the feed coming from Zohr, it was initially planned to use the western desert gas resources. In order to add more value to Zohr’s gas we have two scenarios to be economically evaluated: either building new petrochemicals plants near Zohr`s gas receiving facilities located near Port Saied and Suez or building other new gas facilities to serve the online petrochemical plants located near Alexandria and Damietta,” noted the industry expert .

“It depends if the gas from Zohr is Ethane rich or methane rich. In case of [the] former then we embark on a bigger plan to produce Ethylene and other downstreams such Polyethyline, Polyproplyne , ect. In case of latter then we can produce fertilizers such Ammonia then Urea,” Dr. Sherif El Gabaly, Chairman of Board of the Egyptian Chamber of Chemical Industries, Federation of Egyptian Industries (FEI) noted commenting on the Impact of bringing Zohr online on Egypt’s Petrochemical Sector.

It is worth noting that most of Egypt’s petrochemical companies have operated at 50% or less of their total capacity since 2011 due to natural gas scarcity, Amr El Shikh, a petrochemical engineer stated. Petrochemical companies are expected to boost their capacity by up to 80% and may permit the development and production of new products, he added. “In my opinion petrochemicals will be leading the Egyptian industry especially once Zohr gas becomes available,” El Gabaly said.

Egypt’s petroleum sector includes eight large petrochemical projects with investments worth almost $7 billion and a total capacity of about 4.5 million tons per year, according to a September 2016 report by Plastics News Europe. The projects are located in four regions: Port Said, Suez, Damietta, and Alexandria. The petroleum sector is pursuing two parallel paths in the development of the petrochemicals industry. Egypt is both developing existing petrochemical projects to increase their competitive capacities and establishing new projects, sources at ECHEM informed Amwal Al Ghad. “Many petrochemical projects are on the pipeline now, either under study or under evaluation, but I do not expect any projects to be online during 2018 as we are witnessing Zohr gas production ramping up,” the industry expert said.

Egypt plastics exports rose from $886.5 million in 2010 to $1.6 billion in 2014, however, it dropped to $1.17bilion in 2016, due to shortage in feedstock supply to both Polyethylene and Polyvinyl chloride plants, as well as the decrease in international petrochemicals prices, according to the United Nations (UN) trade statistics. “On the other side, Egypt’s petrochemicals exports are expected to increase in 2018, which is attributed to the recent start-up of some plants during 2017, namely MOPCO second train in Damietta (1.26 Million TPA of Urea and 788,000 TPA of Ammonia for both trains), and Ethydco plant in Alexandria (200,000 TPA of HDPE and LDPE, and 36,000 TPA of butadiene derivatives),” El Sherbiny added.

Egypt petrochemical industry is well positioned to benefit from the currently held economic reforms in addition to the growth of natural gas production. I can confirm that Egypt’s petrochemical sector will feature a prosperous stage in the coming years, by the support of the president and ministry of petroleum for considering this industry as a crucial industry for improving Egypt’s economic development. Egypt already has eight successful operating petrochemical plants […] Consequently, this can be the base for the coming era of producing more downstream finished products and more high value specialized products, meeting market needs and making use of technological development,” El Sherbiny noted.

Industry experts believe that the country can achieve its petrochemical ultimate exports increase goal upon implementing several changes. “In order for Egypt to achieve its ultimate goal in the petrochemical sector, the gas produced should go at least 50 to 60% of the industry instead of giving 70% of the natural gas to the power generation as is the case today,” El Gabaly stated.

In addition, El Sherbiny explained that petrochemicals are a strategic industry that can drive economic development, therefore strategic support from all related governmental entities is required to boost forward this industry. “First of all, integration between refineries and petrochemical plants can be the name of the game by utilizing excess refinery capacities to produce petrochemical products integrally. Secondly, large economic scale production for newly developed projects is a must, thus reducing fixed costs per ton and, securing the project when product prices decrease for any unforeseen reasons. Finally, it is essential to continuously consider product development to avoid maturity stage, alongside consider more production of specialty polymers and chemicals,” she added.

Despite Egypt’s fluctuating economic performance, the profitability of the petrochemical industry has remained fairly positive and stable. A fact that begs the conclusion that incentives to attract investment influx, strategy, and sustainable feedstock would yield a significant future for this industry.