THE ENVIRONMENTAL DILEMMA OF THE UNCONVENTIONALS 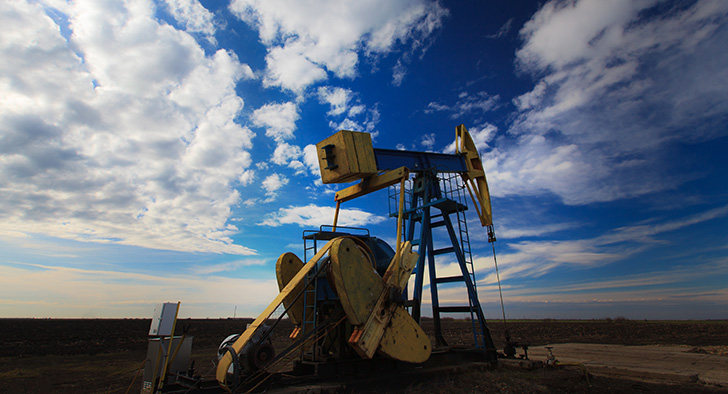 As many oil and gas fields are starting to be affected by the decline in the natural production ratio and they are coming closer to reaching their maturity, oil and gas investors are beginning to operate in the unconventional oil and gas resources. Shale oil and gas, oil sands, and tight oil and gas have a large economic potential.

Yet, as companies follow new non-standard methods of extracting oil and gas from deeper geological strata, these have proven to have major environmental impacts affecting the earth, water, air, and people. Nonetheless, many involved risks can be contained; hence, some oil and gas companies are starting to follow ways to decrease these environmental threats.

Hydraulic Fracturing is one of the methods used in order to extract unconventional oil and gas from the deeper layers of the earth. “Hydraulic fracturing literally involves the smashing of rock with millions of gallons of water along with sand and an undisclosed assortment of chemicals [and acids] in order to bring gas to the surface,” according to Joe Hoffman’s article Potential Health and Environmental Effects of Hydrofracking in the Williston Basin, Montana, published in 2011.

Hydraulic fracturing process works through drilling in the strata deep under the surface of the earth. Hoffman explained that “the drilling is then angled horizontally, where a cement casing is installed and it will serve as a conduit for the massive volume of water, fracking fluid, chemicals, and sand needed to fracture the rock and shale,” and to push the oil and gas out of these rocks.

The hydraulic fracturing processes affect the earth as they may cause earthquakes. The European Parliament’s published study – Impacts of Shale Gas and Shale Oil Extraction on the Environment and on Human Health – stated that during hydraulic fracturing, companies use “explosives [and] over pressurized water [to] open the fractures gaining access to as many pores as possible.”  The study added that “in April 2011, the city of Blackpool in the UK experienced a small earthquake of 1.5 at the Richter scale, which was followed in June 2011 by a larger one of 2.5 at the Richter scale. The company Cuadrilla Resources, which was conducting hydraulic fracturing operations in the earthquake area, stopped its operations and commissioned an investigation of the issue. It announced that it would cease its operations in case a relation of the earthquakes to its drilling activities would be shown.” Hence, unconventional drilling companies’ responsibility is of major concern to the industry’s sustainable development of these sources.

Furthermore, hydraulic fracturing further consumes a lot of water as it depends on the pressure produced by pumping huge volumes into fractures. Besides, “wells drilled for producing shale gas may have to be fractured several times over the course of their operation time,” which means using even more water. The fracturing process thus results into waste water that “reflows to the surface.” This waste water might contain “chemicals, heavy metals, radioactive particles.” The EU Parliament’s study states an example saying that “in August 2010, Atlas Resources was fined in Pennsylvania for allowing a hydraulic fracturing fluid overflow from a wastewater pit, contaminating a high-quality watershed in Washington County.” Accordingly, hydraulic fracturing may eventually lead to a shortage of water resources and lead to the remaining resources being polluted.

In the aftermath, unconventional oil and gas extraction methods may naturally lead to soil pollution. According to Joe Hoffman’s article, “the amount of chemically tainted soil from drilling waste increased nearly 5,100% over the past decade to more than 512,000 tons in 2011.” Eventually, soil pollution affects agriculture and traffic, and expands concerns over environmental impacts of unconventionals.

To add fuel to the fire, hydraulic fracking also impacts the air due to the fact that the process releases considerably larger amount of poisonous gases such as methane, toluene, and xylene compared to other standard drilling processes. Frac sand, which is used in the hydraulic fracturing processes to keep the cracks open, “creates significant air pollution from the handling, mining, and processing of the sand,” according to Earth Works’ article Frac Sand Health and Environmental Impacts.

According to Joe Hoffman’s article “4% of the methane produced by [unconventional] wells is escaping into the atmosphere.” Methane has a negative effect as it leads to the increase of global warming. Patti Nyman’s article Methane vs. Carbon Dioxide: A Greenhouse Gas Showdown stated that methane “traps up to 100 times more heat in the atmosphere than carbon dioxide within a five-year period, and 72 times more within a 20 year period.” Thus, produced methane affects climate changes.

The European Parliament’s study explained that the city of Dish in Texas had received “many complaints of human illnesses and even animal deaths around the small city.” Therefore, “the Mayor of the city commission[ed] an independent consultant to undertake an air quality study of the impacts of gas operations within and around the city” in order to find out whether the deaths are affected by the fracturing process or not.

Furthermore, C. Pénard-Morand and I. Annesi-Maesano’s journal article Air Pollution: from Sources of Emissions to Health Effects stated that “the Environmental Science Engineering Program at the Harvard School of Public Health pointed out that “4% of the death rate in the USA can be attributed to air pollution,” which affects people’s health.

Additionally, as sand is mainly consisting of silica, being exposed to frac sands endangers the lives of the employees as “breathing in silica is one of the oldest known workplace dangers. Inside the lungs, exposure to the tiny particles has been shown to sometimes lead to serious lung diseases like silicosis and lung cancer.” The companies’ output from unconventionals may thus suffer as the efficiency of production may be impaired and associated costs for health treatment of such employees may naturally increase upon the firms’ expenditure balance sheet.

In addition, the process of hydraulic fracturing releases “benzene, toluene, xylene and ethyl benzene (BTEX), particulate matter and dust, ground level ozone, or smog, nitrogen oxides, carbon monoxide, formaldehyde and metals contained in diesel fuel combustion,” according to Hoffman. Being exposed to these toxins may cause “short-term illness, cancer, organ damage, nervous system disorders and birth defects or even death.” Hydraulic fracturing endangers humans’ health as Joe Hoffman further pointed out that “75% of the chemicals could affect the skin, eyes, and other sensory organs, and the respiratory and gastrointestinal systems. Approximately 40–50% could affect the brain/nervous system, immune and cardiovascular systems, and the kidneys; 37% could affect the endocrine system; and 25% could cause cancer and mutations.”

Unconventional oil and gas industry relies also on another technology that may generate environmental risks. Coalbed methane (CBM) is an “unconventional technology that uses hydraulic fracturing, but requires the removal of naturally occurring water from a formation before gas will flow freely, and has lower production pressures than shale gas and tight gas wells,” according to the Environmental Impacts of Unconventional Natural Gas Development and Production report published by US’ National Energy Technology Laboratory (NETL) in 2014. In this process the groundwater that contains “a cocktail of chemicals including carcinogenic hydrocarbons such as benzene, toluene, ethyl-benzene, and heavy metals such as arsenic, cadmium, mercury, and lead” should be pushed out of coal, stated FrackOff’s article – 20 Impacts of Coalbed Methane (CBM). This may lead to lowering the “water flow,” which eventually “allows methane and other gases to be released into streams” and affect the drinking water.

Coalbed methane causes losses to other industries as well like “farming and food production, recreation, and tourism” as “areas reputation and land base are exposed to long term dangers that exist long after the industry has gone.” Thus, coalbed methane endangers not only life, but the economic prospect as well.

Although the unconventional methods for oil and gas exploration could have massive environmental threats, there are ways in which oil and gas companies can decrease these risks.

GasFrac Energy Service Firm “introduced a new fracking method that uses no water at all. Instead, GasFrac uses a gel made from propane and a combination of what it says are relatively benign chemicals, such as magnesium oxide and ferric sulfate, a chemical used in water treatment plants,” according to Patrick J. Kiger’s article – Green Fracking? 5 Technologies for Cleaner Shale Energy. GasFrac’s CEO, James Hill, stated to Kiger: “We’re actually using hydrocarbons to produce hydrocarbons,” which according to his view is “a cycle that is more sustainable.”

In Egypt, Vice President and General Manager of Apache, David Chi, stated in an interview to Egypt Oil&Gas that “there are measures that a company can apply to assess and manage the involved risks” to ensure that environmental damages of unconventional methods are minimized and eventually eliminated.

Accordingly, despite the environmental impacts of hydraulic fracturing and CBM technologies on the planet and its inhabitants, using the right technology and contracting the right partners will help operators to decrease the negative effects and turn them friendly to the environment. The world has already started to see positive examples and it is waiting for more oil and gas firms to take the initiative to explore unconventional resources in a safe way.