Remote Sensing Vs Geographical Information System (GIS): Which Is Better for Mining Industry? 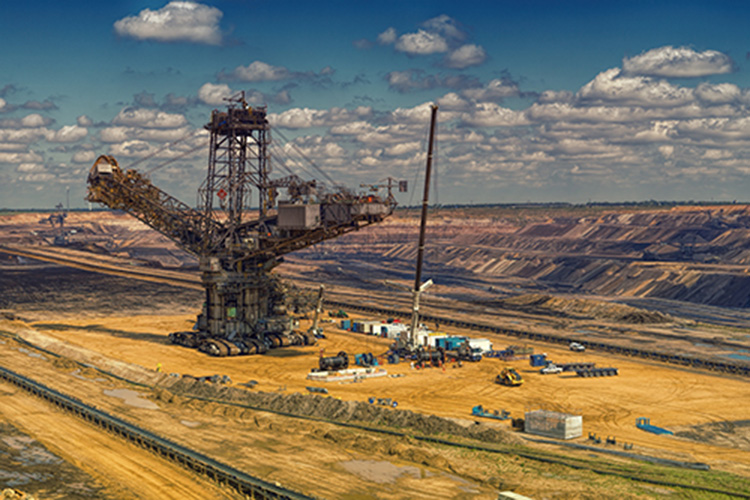 In light of the global intensive need for the resources and energy, new technologies are developed for the sake of maximizing the production and compensate such needs at the lowest costs. In the mining industry, there has always been a need for developing the exploration and production methods along with their respective new technologies aiming at increasing the outputs.

The mining industry, which comprised of three main stages: exploration, mining and processing, can benefit greatly from the implementation of modern technologies.

These innovative technologies should help in delivering savings, productivity and safety improvements in the mining industry as well as allow to revive the industry. Developing new technologies fits well with the strategy of the Egyptian Ministry of Petroleum and Mineral Resources (MoP) to develop the mining sector to be able to contribute to the Gross National Production (GNP) through the exploration of more mines and enhancing productivity.

To begin with, the exploration process is considered the most important stage in mining; it is the process from which the entire industry begins. In this stage, there are many technologies that can be used.

Preliminary data collection is one of the most important steps that helps in reducing the cost of exploration and the time spent on operations as it helps in discovering the mines faster with less efforts. Data can be used and collected in different methods. For example, data about the geological history of ore would be beneficial, not only to the mining industry, but also to the land-use planners and environmental scientists.

Geochemical analysis can provide sufficient data about the soil, rock, water, vegetation and vapor which allow for the amount of metals or other elements to be tracked and could also indicate the presence of a buried ore deposit. These techniques are key elements in discovering several mineral deposits and are still used in exploration. Laser fluorescence scanning and portable X-ray fluorescence are examples of the equipment used to provide such relevant data.

Other forms of geophysical surveying methods include the use of magnetic surveys which could be conducted by flying aircrafts, like drones, at a fixed distance above the ground to obtain the optimal data. Also, remote sensing is a geophysical surveying technique which records the spectral data form the surface of Earth through airborne platform. Landsat thematic mapper, enhanced thematic mapper multispectral imager, high-resolution panchromatic imaging technology (SPOT) as well as RadarSat are examples of remote sensing technologies. Additionally, there are hyperspectral technologies that can gather additional data to map the mineralogy of the ground surface.

In Egypt, most of these technologies are applied. “For exploration, we used many types of technologies based on type of ores and scale of deposits. Photo-geology, sampling, trenching, sampling, drilling are examples for those new technologies,” Ahmed Fakhr Eldin, a Mine Geologist in Mining Gate Company (MGC) said.

Tarek Sedki, an Exploration Geologist in Shalateen Mineral Resource company, said that, “In exploration, we are using new techniques in Geophysics and Developed GIS”.

These technologies are continuously being developed. However, there remain two main surveying techniques that reign supreme; the use of the Geographical Information System (GIS) technology and remote sensing technologies.

GIS is a system designed to capture, store, manipulate, analyze, manage, and present all types of geographical data. It can map where things are located, such as quantities and densities. GIS can also discover what is below the surface and nearby potential resources available. In addition, GIS can track changes that may occur to specific area by considering future conditions.

In the mining industry, GIS is used for collecting data and mapping in project planning, mining operations, transportation management and risk analysis. It is an optimum tool for integrating the various datasets needed in the explorations phase like geophysical images, geochemistry, geological maps, radiometric surveys, boreholes and mineral deposits.

As mentioned above, GIS technology has many advantages such as integrating software, hardware and data to get all the needed information, as well as helping in answering questions and solving problems. However, it has its own disadvantages. First of all, GIS might be considered to be an expensive software. It also requires a huge amount of input data in order to be practical in certain tasks. As the earth is round, when GIS images are taken on a large scale, geographic errors might occur due to curves of the earth’s shape as seen from a distance. Finally, there might be a failure in anticipation which results in a lack of accurate data produced.

Remote sensing technique is very important in the mining process. Research groups in the United Nations (UN) use satellites to carry out remote sensing applications on the earth. The UN defines remote sensing as the emission of electromagnetic signals at certain wavelengths of observed objects or near-earth objects (i.e. from ultraviolet ray to microwave wavelengths).

Consequently, remote sensing in the mining industry can be used to gather valuable data which can be analyzed to provide insights throughout the exploration process. This can happen through mapping and analyzing the geology, faults and fractures of one or more ore deposits as well as recognizing hydrothermally-altered rocks by tier spectral signature.

This technology is distinguished by its ability to cover large areas, which allows for repetitive coverage and the collection of different data in terms of scales and resolutions. Final data is then analyzed using a computer to benefit different applications; this means the data can be inputted into other softwares for flexible use. On the other hand, it is very expensive, especially when measuring small areas. Remote sensing also requires a special kind of training to be able analyze the images as well as it is expensive to analyze repetitive layers of images. Sometimes the emitted radiations may affect the phenomenon from being investigated. Also, it may provide inaccurate or incomplete data when used without a proper understanding of potential anomalies.

The two technologies seem to be similar, however there are some differences between them. For instance, GIS is a computer-based tool for mapping and analyzing features event on earth, but remote sensing is the art and science of making measurements of the earth using sensors which can collect data transformed into images.

Regarding their efficiency, some experts prefer using one of them, some prefer both, while others use different technologies. Sedki said that “GIS is more efficient as remote sensing covers a limited area at a time, less robust, less ideal for communicating information between departments.”

While Fakhr Eldin, said that “In general, we use Remote Sensing data (satellite image) to interpret data about fracture identification, trace analysis and channel”.  Such data are combined with high attitude photography to detect gold zone by a method called photogeology.

Some experts see that the two technologies can be integrated to get the best results. Ahmed Hamdy, Mining Geologist at the Egyptian Mineral Resources Authority (EMRA) said that “GIS helps you to locate the geological units and samples in maps, but Remote Sensing helps you to know some information and data about ore before you visit it, So we can’t prefer one over the other.”

Hassan said that “They [the two softwares] are always used together”, noting that this has a major economic impact by saving time and money as well as providing accurate data.

Fakhr Eldin mentioned that “we are already use them together” elaborating that most of companies use other technologies like drilling or sampling as they are more economical.

Biased to GIS, Sedki had another point of view saying that when it comes to the basic economic principle “I think GIS is enough.”

Other technologies have emerged these days, which will revolutionize the mining industry; including artificial intelligence (AI), Internet of Things (IoT), robotics, drones, as well as developed GIS.

“In the modern era, Egypt is late to keep pace with recent global developments since the 1960s in the field of mining technology, especially in gold and other mineral” Hassan noted. He added, however, that in mid-nineties, Egypt started to track the new developments after contracting with some foreign companies to explore and exploit gold, especially for Sukari gold mine.

Additionally, Hassan expected more developments for those technologies through the upcoming years, predicting that by the year 2050 this technology will be widely used in the field of mining using robots for operating mines while reducing human elements.

“Also, Egypt now have highly qualified technical cadres in the use of these technologies, and we hope that Egypt will invest these cadres to help mining and other scientific and research fields. Egypt has managed recently to enter the field of space research and was able to launch its first remote-sensing satellite and another satellite for communications during the past year and we hope that these efforts will continue during the coming years”, Hassan concluded.