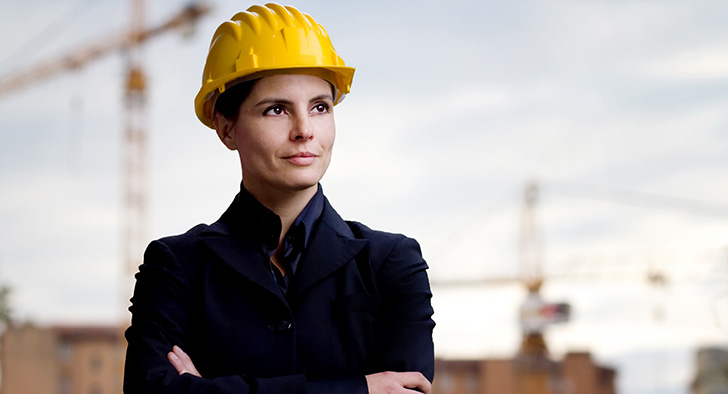 The number of women in the Egyptian oil and gas industry has been increasing in the past years, yet at a slow pace. This is also a reason why The Egypt Petroleum Show (EGYPS 2017) is opening a unique floor to a full-day Women in Energy Conference dedicated to the opportunities that women have in the oil and gas industry.

With Eng. Amira El Mazni, Women in Energy Ambassador, and His Excellency Tarek El Molla, the Egyptian Oil Minister as the keynote speaker, the conference will facilitate the space to create an action plan for driving more opportunities for females in the energy sector.

Attendees, experts, female oil and gas executives and government officials will among other topics debate female leadership in the industry, and policies for gender equality.

The Egyptian government has taken initiatives and following certain strategies based on research studies in order to establish gender equality in the workplace in the sector. Yet, although the Egyptian Labor Law remains unchanged, some policies followed in dealing with female employees in the oil and gas companies seem to differ from one firm to another.

The application of labor laws with regards to women in the industry, flexibility programs implemented at workplaces and how these empower female employees to succeed will thus stand in the center of experts’ attention.

One of the unanswered questions about women in the industry is, therefore, how does the Egyptian Labor Law empower women in the workplace and how is it adapted by oil and gas firms?

The Egyptian Labor Law no. 12 of 2003 is believed to enable women at the workplace to enjoy gender equality and to achieve balance between their work duties and the responsibilities towards their families.

Article 91 of the law states that “a woman who has worked for 10 months for an employer is entitled to a maternity leave of 90 days, and the employer may not require her to work during the first 45 days after childbirth.” In addition, the same article further declares that “while on leave, she shall receive her usual compensation. She may only take this maternity leave twice during her service to the employer.” Furthermore, IT Specialist at Petroleum Pipelines Company (PPC), May Shoukry, also confirmed to Egypt Oil&Gas that “according to the Egyptian Labor Law, working women get paid for nursery fees.” This article clearly protects women from discrimination and from being forced to retire their jobs in order to succeed in their families.

Some companies apply the law fully, others reach even further beyond. For instance, “Echem adopts all articles of the Egyptian Labor Law as it should be and facilitates its regulations,” said Ola Mohsen, Training and Development Department Head at the Egyptian Petrochemicals Holding Company (Echem) in an interview with Egypt Oil&Gas. She further explained that “the company’s management has many ways to facilitate and minimize life and work burdens upon females, including for working single mothers.” Echem also offers to “give an extra hour for female employees to come or leave early [to fulfill their motherly roles], maternity leave, contributions to nursery fees, family medical insurance, and [even] short loans.”

Yet, the law in its wording regarding the maternity leave seems to limit the number of children a woman can have, while working for the same employer, as she cannot take a maternity leave more than twice in her service.

In contrast, some oil firms, including Cairo Oil Refining Company (CORC), allow a maternity leave three times and with an extended time, as Reem Sabry, Director of Planning Department at CORC stressed in an interview with Egypt Oil&Gas: “CORC allows its employees to take a maternity leave three times for a total of six years, two years per child.” She added: “A woman has also the right to take a leave for family needs, if a member of the family is sick for up to two years, one year at a time, upon presenting relevant medical documents.”

In addition, as Sabry noted, in CORC “women have the right to be part-time employees as well,” which is a highly positive adaptation, given the scope of women’s responsibilities in their families.

Nonetheless, there are some policies’ implementations by oil and gas companies that may limit female employees and discourage them from becoming involved in the petroleum sector.

For example, as part timers, women seem to not enjoy benefits on the same level as full-timers. As PPC’s May Shoukry informed Egypt Oil&Gas, “although women have the right by the law to work as part timers for only three days and receive 60% of the salary, PPC’s policy does not include that part-timers should also receive 60% of the nursery allowance,” just as full-timers receive the full allowance. Shoukry thus pointed out that “part-timers are active employees and have the same rights as those granted to full timers.” With the nursery allowances being cut or reduced disproportionally, it implies clearly the scope of limitations for female professionals more than for males.

Moreover, some women in the industry believe that companies’ management may follow certain techniques to dissuade them from following their dreams. Eng. Amal Mansour, General Manager of Operations and Communications Systems at PPC told Egypt Oil&Gas about her experience. “When I was competing for a position, my manager sent to me a letter entitled ‘a private letter,’ which is offensive [for Egyptian women] in order to embarrass me as he knows that as a woman I will not like that.” This move made a female employee feel awkward using a framing imposed on her by society and in consequence tried to discourage her from seeking a promotion.

Other women in the petroleum sector also see that they do not benefit from their lawful rights to a full extent. Although the Egyptian Labor Law states that an employer should establish a nursery if the number of employed women reaches more than 100, there are several Egyptian oil and gas companies that do not follow this rule. Reem Sabry from CORC further revealed in an interview with Egypt Oil&Gas that when the matter was raised at her company, the management informed its employees that “it was declined as  the pollution of refineries will harm children’s health and that the company does not have a sufficient budget for that. However, the oil and gas regulation gives the right to receive an amount of money instead, but this is not implemented at CORC. When the employees requested this money [the management] replied that there is no article in the company’s budget document [to facilitate] the nursery allowance.” This is yet related to another challenge that female workers face.

Female employees cannot enjoy their rights, when they do not have access to companies’ by-laws to demand their rightful benefits. “At CORC it is not allowed to view the company’s policy documents as these are non-negotiable,” said Sabry. “When we ask about something that we think is our right, we are told that this was in the old policy document,” Director Sabry completed. In this way, women cannot even be informed about their companies’ employment policies and they do not know whether they can enjoy what the labor law grants them or not.

It is therefore that Reem Sabry strongly recommends that “we need supervision of oil and gas companies to ensure that the [state] policies are well implemented and not controlled arbitrarily by [the management], and to ensure that the rules are followed.”

Women in the industry thus may get discouraged by the policies that are adopted by their employers. For instance, “according to the new oil and gas regulations, an employee should work for three consecutive years in order to be promoted,” emphasized Reem Sabry. In line with that, “it is a part of CORC’s policy to promote a person if his/her group of colleagues has advanced in their career paths.” Yet, as she further shared her views, “the company does not apply that on each and every group of employees.” This drives CORC’s female professionals to feel that the decisions about promotions are sometimes biased, especially because women are the most harmed by this move due to their needs to take leaves for the family care.

In Egypt, it is generally believed that women are the ones who carry the responsibility for bringing up future generations and who take care of the family. Women’s career path is thus eventually affected by the policies and their adaptation, PPC’s Eng. Amal Mansour believes. “Promotions in PPC are not based on potential tests, but based on the period of time an employee spends in a continuous work for the company,” as per the Egyptian regulations. Yet, you can find someone like IT Specialist at PPC, May Shoukry, who has been working in the company for 16 years without getting promoted.

But just like companies’ by-laws can discourage women from their involvement in the sector, other oil firms have clearly demonstrated their support for their female professionals and helped empower them to ensure receiving their best productivity.

Ola Mohsen from Echem stated that the facilitations offered by her company “enhance [female employees’] loyalty to the company.” She added: “The role of HR and training department is very clear and effective in developing [the company’s] employees’ career path. [Echem’s] policies are flexible and strict at the same time. All [female employees] know [their] role, duties, and responsibilities. Working environment and leaders also affect our social life positively.” This example shows that when the management encourages its workers it will not only gain their commitment to the company, but it will also ensure the efficient fulfillment of their roles, which in the overall balance sheet translates into companies’ success.

These implementations clearly affect the productivity of a company’s employee and therefore can lead to higher achievements of the entire oil and gas industry in the country. Implementing policies that grant gender equality in oil and gas companies will be further discussed at The Egypt Petroleum Show’s conference. The Egyptian Ministry of Petroleum and Mineral Resources has shown that it has been keen on having gender disparity abolished in the workplace by offering equal promotion opportunities for women and thus enable them to reach the top of their career ladders.