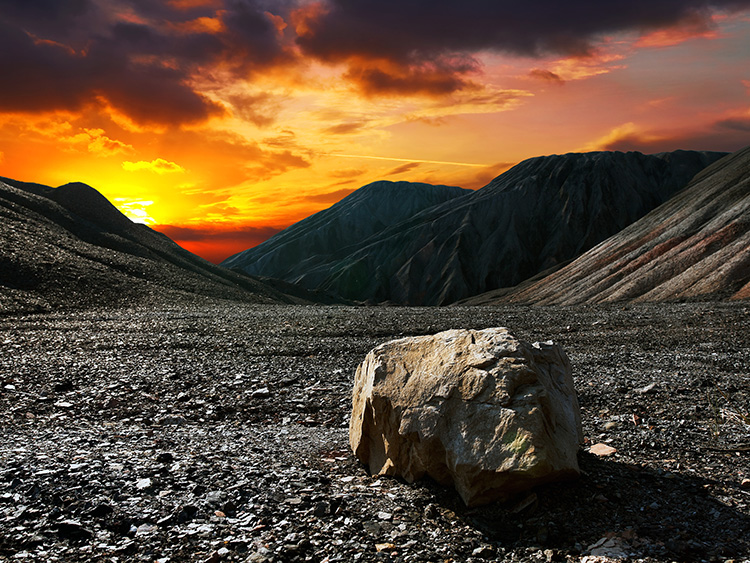 At a time when the country is experiencing a boom in its natural gas production, it is understandable if exploring alternative, more expensive sources of energy is perhaps not a major priority of the Egyptian government.

This is not to say that the country’s unconventional energy sector is suffering from a state of inertia. The past few years have seen the genesis of a number of projects seeking to capitalize on Egypt’s shale gas potential. Other sources of energy – such as oil shale – have been neglected.

Egypt is not an anomaly when it comes to the underdevelopment of its oil shale resources – it follows a global trend. Oil shale remains a relatively untapped energy source whose potential is yet to be fully realized.

Oil Shale as an Energy Resource

It has been known for a number of years that Egypt possesses several known sites of oil shale. Oil shale – not to be confused with shale oil – is a source of petroleum found within shale rock.

While shale gas and shale oil remain classified as unconventional energy sources, oil shale has in fact been seen as a conventional source since 2013, according to a research paper published by Suez University.

Oil shale is commonly defined as a fine-grained sedimentary rock that contains organic materials rich with kerogen: a substance made up of a mixture of paraffin hydrocarbons, sulfur and nitrogen out of which oil may be extracted. This is different to shale oil, which refers to refinable oil deposits trapped inside the rock, requiring no heating processes in order to extract them.

Kerogen is derived from different materials which determine the hydrocarbon that can be extracted. Type I and II kerogen mainly produce oil while gas can be extracted from type III kerogen. When the substance is subjected to a chemical heating process referred to as pyrolysis, hydrocarbons are released to produce a synthetic form of crude. In order to achieve this, kerogen must be heated to temperatures of between 350 and 400 degrees.

The methods of extraction largely depend on the depth at which the shale is located. Shale positioned close to the surface may be mined using conventional techniques applied in the mining of oil sands. Deeper deposits require the application of more complex processes, such as in-situ retorting and underground mining. Underground mining – usually using the room-and-pillar method – recovers around 60% of the shale from smaller seams. However, with larger, deeper deposits, this technique is incredibly inefficient, recovering as little as 10% of the shale.

In-situ retorting is a process by which the oil shale is heated in place, and the liquid material is extracted from the ground. The technique relies on conducting controlled explosions underground in order to break down the shale, and ensure adequate air supply for the combustion process. Although in-situ retorting was first developed back in the 1980s, more recently Shell has developed an alternative in-situ technique by which heaters are lowered into the ground, and the shale is heated to release the kerogen, before being pumped to the surface. Shell’s technique makes use of an ice wall installed around the shale site, which prevents potentially harmful compounds from being released into the ground.

Producing an accurate estimate of global oil shale reserves is problematic for several reasons. Firstly, there is a large variance of kerogen content within shale, and without analyzing every single shale deposit it is impossible to come to a reliable estimate of how much oil lies within the planet’s shale deposits. Secondly, many shale deposits are located deep beneath the Earth’s surface, placing them physically out of reach or rendering them unfeasible from a financial standpoint.

The most reliable global estimates come from the International Energy Agency’s (IEA) 2010 World Energy Outlook (WEO), which states that there may be up to 5 trillion barrels of oil contained within shale around the world. Of this, more than 1 trillion barrels can feasibly be extracted. In addition, the IEA estimates that there are around 350 billion barrels of oil contained in shale located at shallow depths. It is unknown how much of this it is possible to extract.

A succession of geological studies over the past few years have sought to understand more about Egypt’s oil shale reserves. Shale deposits have been found in all parts of the country: in the Western Desert, the Eastern Desert and the Sinai Peninsula. Studies into the geological composition of the known shale sites have led experts to estimate that Egypt has around 16.5 billion barrels of oil.

The largest shale deposit is located at Quseir-Safaga in the Eastern Desert. This reserve is estimated to hold around 9 billion tons of shale, from which it is thought that around 4.5 – 5 billion barrels of crude could be extracted.

According to a study undertaken by a group of researchers from the Egyptian Petroleum Institute and the American University in Cairo in 2014, the Quseir-Safaga site has the potential to be a commercially viable site of oil shale production. “After conducting the oil shale experiments on different samples (Quseir, Abu Tartur, and Colorado) we reached different results that show that Quseir is a commercial field for oil shale production,” they wrote.

The Future of Oil Shale

No company has yet worked out how to turn large-scale oil shale production into a commercially viable operation. While there are countries that have produced crude from oil shale reserves, production takes place at a far smaller level compared to conventional petroleum sources.

Despite the fact that large shale deposits exist all over the world, companies are yet to develop an economical way of mining, retorting and refining the shale. The costs of production are so high that some estimates say that crude prices would have to rise to $100 per barrel before oil shale becomes viable commercially. Even in a country like the US – which has around 1 trillion barrels in technically recoverable oil shale deposits in shallow areas – there is yet to be a serious push to develop it on a large scale.

Before oil shale becomes a realistic prospect in Egypt, advances will need to be made at the global level to turn it into a feasible source of energy; either technological breakthroughs, a dramatic rise in the price of oil, or a concerted investment drive by national governments. In addition to this, further exploratory drilling and geological analysis should be conducted before Egypt can think about capitalizing on its oil shale resources.