Oil & Gas Gender Disparity: Positions and Prospects for Women in the Industry 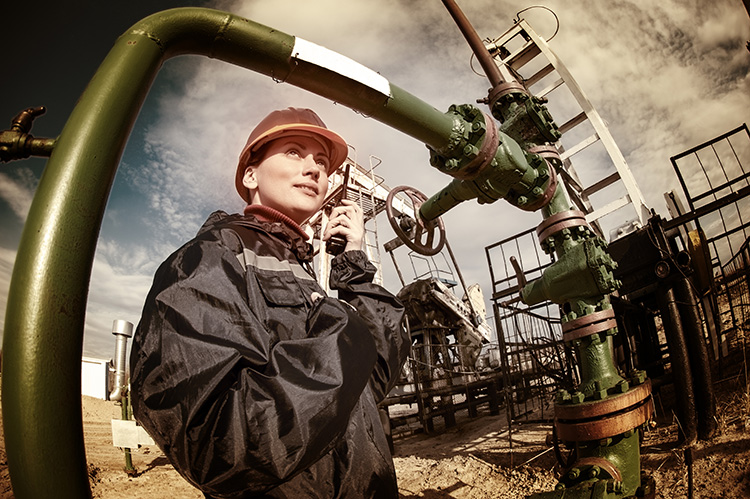 Affirmative action programs, those that attempt to redress diversity disparities in the workforce, are no longer the sign of a forward thinking organization, but are now a necessity for companies to show their efforts to amend the gender disparity in the workplace and reap the economic benefits of a diverse workforce. A 2015 report from the McKinsey Global Institute posited that if women enjoyed the same economic opportunities as men (known as “the full potential scenario”), the Middle East North Africa (MENA) region would gain $2.7 trillion in gross domestic product (GDP) by 2025. However, female employment in the industry remains low, which raises concerns about whether ongoing steps towards female empowerment are enough to reduce gender disparity throughout the sector.

A 2017 report from the Boston Consulting Group disclosed that women constitute 38% of the workforce in major oil-producing nations. From this amount, 22% are directly part of the oil and gas sector. Once women get their foot in the door, however, the struggle against gender disparity is not alleviated. At an internal level, the report suggested that the percentage of women in the oil and gas industry drops significantly – from 25% to 17% – between middle management and senior roles.

The report detailed the trend of female underrepresentation in the industry, which spans all levels and worsens significantly with rising seniority: women occupy 27% of entry-level roles that demand a college degree, 25% of mid-career-level roles, and 17% of senior and executive-level roles. Only 1% of the industry’s CEOs are women.

The underrepresentation of women in critical roles and job types is not necessarily indicative of industry passivity in the face of gender imbalance. Indeed, many companies have made concerted efforts to boost women’s presence in their organizations. However, the persistence of female underrepresentation indicates two possibilities: either the industry’s approach is too hands-off and not focused sufficiently on meaningful quantitative targets, or the quotas and affirmative action programs are not effective enough methods for achieving gender equality.

For mid-to-high level positions in any industry, appropriate credentials and significant experience are necessities; for the oil and gas sector, degrees in science, technology, engineering, and mathematics (STEM) form the educational basis for working in the industry. The ratio of men to women completing STEM degrees will influence the gender ratio in the oil and gas workforce.

Women constitute a relatively small portion of students in the world’s STEM programs – between 20% and 30%, on average. This is well below the level of female participation in tertiary education overall, between 50% and 60%. The culture of STEM study and work has long been characterized as male-centric.

The Middle East has a relatively high percentage of female participation in STEM degrees – 39.9%, higher than the 32.2% for North America and Western Europe, according to the 2017 “Women in Science” study published by Unesco. The study showed that 42.2% of Egyptian scientific researchers are women, higher than the global average of 29.9%.

A 2018 paper called “The Gender-Equality Paradox in Science, Technology, Engineering, and Mathematics Education” indicated that there are higher figures of female STEM work and study in regions such as the Middle East, where female autonomy and freedom is lower than that of the West, due to the fact that women in these regions seek the clearest possible route to economic self-sufficiency – which is often through STEM professions – rather than because of efforts made in promoting gender equality.

However, many women ultimately do not enter the job market or do not enter it in their field of study. This is largely because of social or cultural factors – such as the stigma associated with certain professions or types of work for women – and structural barriers, such as laws in certain countries prohibiting women from doing shift-based work, adding a further obstacle to the career path on top of the male-centric STEM environment.

In order to mitigate this issue, there have been concerted efforts from inside the STEM field to move away from the male-centric image and encourage more women to join. Countless universities have instituted STEM diversity programs, and in the West, the general thought has shifted away from attributing different gender-based skills.

Australian petroleum company Santos established a 50/50 recruiting target as part of an effort to increase the percentage of women in technical roles from 12% to 25%. In the same line, Shell has set a target of 50% women among the college graduates it hires. Chevron equally has a 50% female recruitment target.

While quotas in most cases do increase numbers, the question has to be asked as to whether they are an effective stand in for gender justice, whether affirmative action programs are enough to redress the balance. If current policies such as this are upheld, gender disparity will diminish over time, but slowly.

In a 2015 article published in the Oil & Gas Financial Journal called “The ‘Great Crew Change’”, the nominative topic of an aging workforce in the industry is discussed. Nearly three-quarters of the energy workforce is aged 50 or older, and the American Petroleum Institute says that as many as 50% of skilled energy workers may retire in the next five to seven years. This event is commonly referred to as the “Great Crew Change.” With a large turnover of employees expected in the coming years, programs such as Santos’ will help institute gender balance at a much larger rate than they are currently doing. However, to take advantage of the opportunity provided by such a workforce shift, all energy companies would need to implement similar programs, as well as programs at the tertiary education level to encourage more female participation in subjects necessary to pursue such a career, which still see disproportionately low female enrollment.

Inside the industry, the environment seems to be stacked against women. The same Boston Consulting Group report analyzed the reasons why many women see their careers plateau while men see career advancement.  In many cases, the problem stems from the workplace culture and attitudes regarding the higher-level capability of women. The report’s interviews show that many women believe that the male-centric corporate culture limits their access to critical decision makers who have influence over their careers, making it far harder for them to gain visibility among these individuals than it is for their male colleagues.

One female executive interviewed by the report said: “It is often difficult for a woman to build the same relationships as a man could. It requires going golfing, drinking Scotch, or talking football. If you are a woman and not doing those things, there is a glass ceiling, people are not comfortable with you, and you don’t get close to them.” Another commented: “If you don’t like hunting or fishing trips, you’re at a disadvantage.” The historic corporate system, heavily topped by male figures, hinders female advancement, not necessarily in terms of intentional discrimination, but regarding the corporate relationships necessary for reaching high-level positions.

The report also detailed the biases about female leadership traits. Male managers are typically associated with ‘harder’ traits, such as being results oriented, self-confident, and competitive. Women, on the other hand, are associated with ‘softer’ traits, such as being collaborative, empathetic, and considered to be good listeners; both views corresponding with common stereotypes. Such biases matter, as many jobs emphasize the need for ‘harder’ traits typically associated with men and place women at a significant disadvantage when applying for senior positions.

The gender stereotypes and male community in the industry affecting female career prospects require a change in culture in both qualitative perceptions and quantitative promotion criteria to reshape corporate culture. For instance, actively including women in meetings, conversations, and workplace activities, therefore improving the opportunity for women to establish corporate relationships with the people who ultimately have a say on their career paths. Applying uniform standards on promotion decisions would also combat any decisions unconsciously affected by gender stereotypes. However, these are tasks easier said than done when concerning such ingrained discriminatory behavior and biases.

The widespread adoption of quotas and affirmative action schemes marks a movement in the industry to see change come to fruition down the line, but for the moment, oil and gas work is still heavily dominated by men and allows little female influence on the industry from higher-level positions. Over the course of time, as attitudes change and the current programs slowly edge the employment figures towards a more equal split, the culture preventing women from reaching the top of the career ladder will diminish – although this does not happen quickly.

Such programs should be a short-term solution helping to buffer the gender imbalance while cultural changes are being made such that affirmative action becomes obsolete. To make change quickly, the industry must further balance hiring policies, create targeted outreach programs to encourage women to join the industry, and collaborate with education institutions to increase female participation in STEM programs. To make effective long-lasting change that disseminates the – sometimes conscious, sometimes unconscious – discrimination against women, the industry must dig deep and look at the causes of such prejudices.