Lessons from Existing Discoveries: THE GEOLOGY OF THE EASTERN MEDITERRANEAN BASIN 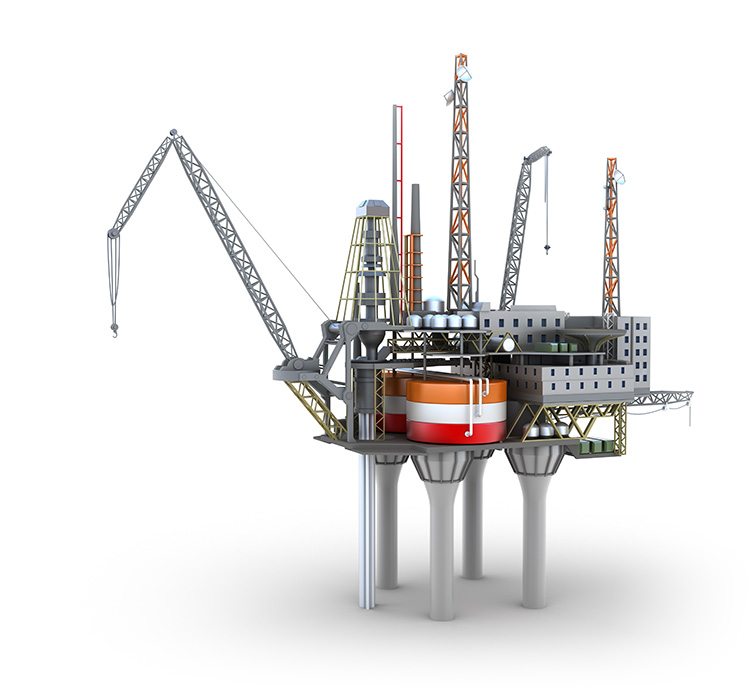 Recently, the Eastern Mediterranean has become an important region for natural gas production. It is the home to large hydrocarbon resources, even though the countries in the region—excluding Egypt—have been slow to find them. If these resources are successfully developed, they could dramatically change the energy situation for the region.

Natural Gas in the Eastern Mediterranean

In March 2010, the United States Geological Survey (USGS) released an assessment concerning the potential of undiscovered oil and gas resources in the Levantine Basin. It estimates that the undiscovered technically recoverable oil and natural gas liquids (NGLs) in the basin could comprise approximately 5.3 billion barrels of oil equivalent (boe).

What makes the basin important is the estimated volume of undiscovered natural gas resources—approximately 3,450 bcm in Levantine Basin- Egypt’s neighbors. In May 2010, the USGS issued another assessment for the Nile Delta Basin, which corresponds to Egypt’s Nile Delta and Mediterranean Sea areas. According to this assessment, the Nile Delta Basin contains an estimated 6,320 bcm in Egypt’s territories of undiscovered technically recoverable natural gas and 7.6 Giga barrel (Gb) of oil and NGLs—more than the proven oil and gas reserves in Egypt at that time. Subsequent discoveries of natural gas fields, including several giant fields, have demonstrated that the region does include significant natural gas reserves. This means that, even before Zohr, there were estimates of huge hydrocarbon reserves in East Mediterranean –mainly Levantine  and the Nile Delta basins.

Many of the regional gas discoveries are biogenic in origin, despite a thermogenic source under the Nile Delta, as evidenced by minor oil discoveries –especially in the pre-Pliocene period and the gas condensate discoveries. Exploration in the Nile Delta historically targeted silica-clastic plays after ENI’s discovery of the Abu Madi field in the Nile Delta in 1967. The Abu Madi discovery was followed by several Baltim discoveries throughout the 1970s and 1980s. This play was exploited, following Miocene channel deposits, and broadly deposited during the Mediterranean drawdown of the Messinian Salinity crisis in shallow waters.

The Italian Egyptian Oil Company, (IEOC), an Egyptian subsidiary of ENI, drilled deeper targets in the 1980s and found over-pressured gas in Middle Miocene sands in the El Temsah field. In the 1990s, explorations in the Nile Delta targeted Pliocene turbidite play fairways in deeper waters (e.g. the discoveries of Ha’py by Amoco and Rosetta by BG) and more recently Early Miocene and Oligocene plays. These explorations have yielded good results, most notably for BP with the discovery of the Raven field. Large discoveries have also been made in the abundant Early Miocene clastics in the Levant. Submerged at more than 1,500 meters, the Early Miocene deepwater turbidites underlying the Tamar and Leviathan gas fields contain reservoirs of more than 30 tcf.

While carbonate plays had been targeted close to shore along the edges of the Levantine basin, there had been no significant successes in this play due to reservoir variability and the difficulties of constraining source and seal. After 40 years of exploration and the discovery of approximately 120 tcf of natural gas, the eastern Mediterranean looked like a clastic play basin. However, in 2015, ENI made another game-changing discovery. After two disappointing wells in Cyprus targeting Miocene silica-clastic deposits, IEOC drilled in a new play 1,500 meters from the Egypt-Cyprus border. At the base of a thick sequence of Messinian evaporites, IEOC had identified an early- to middle-Miocene structure. In this structure, the company drilled the Zohr-1 well. The resultant discovery holds a 628 meter gross gas column, 430 meter net pay, and gas reserves initially estimated at 30 tcf. Recoverable reserves at Zohr account for around 25% of natural gas discoveries in the prolific Levantine basin over the previous 40 years. This discovery has bucked the exploration trend. The natural gas is drawn from Early-Middle Miocene limestone in a carbonate reef and lagoon build-up at the southern margin of a very large carbonate platform.

The discovery of a carbonate build up distal from the Nile Delta suggests that a new model for the paleogeographic evolution of the Levantine Basin may be required. It had been assumed that, with the exception of the brief Messinian salinity crisis, deepwater conditions had prevailed north of the Nile Delta basin during the Neogene period. However, the Zohr carbonate build-up would have required shallow-water conditions during the Early to Middle Miocene period, indicating the presence of a basin north of the Nile Delta. On other side, the stratigraphic development of the Levant Basin is shown in sequences of carbonate and silica-clastic deposits in both deepwater and shallow water environments. These units contain several petroleum systems, including source rocks and reservoir intervals, vertically stacked from the Triassic to the Miocene and the Pliocene periods. Like most Neo-Thetian realms, the Levant Basin displays a Triassic section of the shallow carbonate, siliciclastic, dolomites, and evaporites frequently associated with anoxic environments and black shales. Additional source rocks may be present in the Jurassic layer the deepwater equivalent of the waxy-coal-bearing delta sequences exposed onshore in the Northern Sinai.

The source rocks of biogenic gas are widely dispersed, while oil sources are restricted to pelagic marls and shales, most frequently in the Oligocene period The Messinian salinity crisis sealed the Miocene cycle in a deep basin under approximately 2,000 meters of evaporates. Shallow water areas were deeply incised due to a drop in the sea level. Finally, the Pliocene-Quaternary reached a notable thickness only in the cone of the Nile Delta where the clastic supply is dominated by the Tertiary northward flow of the Nile. The Levantine Basin comprises the easternmost part of the Mediterranean Sea, representing a discrete remnant of the Neo-Tethys Ocean. This ocean formed after the separation of the continental margins of Europe-Asia and Africa-Arabia began during the Permo-Trias period and was completed during the Early Jurassic rifting and the subsequent phase of Cretaceous drifting. While the northern Levant Basin became filled with the coarse clastic basin floor fan sediments supplied by the Nile Delta, the area of the platform to the north received largely carbonate deposition and developed large reefs and lagoon structures. These large reefs were not necessarily located at the platform margin and took up interior positions reflecting intra-platform topographic heterogeneities.

Zohr discovery in Early to Middle Miocene carbonate reefal build-up sits on the southern margin of a large platform area called the Eratosthenes Platform. Some authors refer to part of this platform as seamount; however, there is no evidence there is a volcanic origin for the platform. Some Geoscientists believe that regional scale compression of the northern margin of the African plate and oceanic obduction/buckling in the Troodos Ophiolites (Cyprus) during the Paleogene-Neogene period led to the formation of numerous carbonate build-ups—distributed along the Eratosthenes margin—which form the play-type of the recent Zohr discovery. As the hydrocarbon system for Zohr comprises a biogenic gas source from the enclosing Oligocene and Miocene shales and a top seal from wide-spread and thick Messinian halite, there is a high probability that a repetition of the Zohr-play discovery may occur on a very large scale in Egypt. Consequently, the opportunity exists to discover sufficient gas resources (30-100 tcf) in these geological features to rewrite the play book for the development of the gas industry in the whole eastern Mediterranean region.