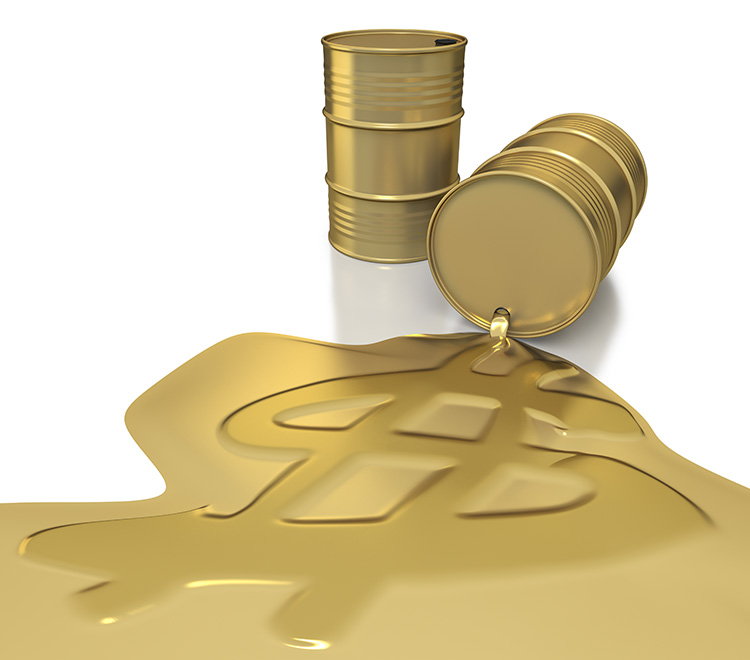 Egypt’s exploration and production (E&P) activities are by far one of the most significant sectors activities attracting investments into the country, representing approximately 16% of the country’s Gross Domestic Product (GDP), according to the Ministry of Petroleum and Mineral Resources.

The government has already begun a promising economic reform program aiming to reach macro-economic stability and attract extra investments. Therefore, the Ministry of Petroleum and Mineral Resources is taking huge steps to bring in more foreign direct investments (FDI), especially in the upstream sector, as further discoveries are being made.

Among the steps to create a safer and more investment attractive climate for exploration and production international oil companies (IOCs) is the Modernization Program. The program aims to accomplish the country’s vision of reaching energy self-sufficiency through a diversified energy mix. Although recent discovery of Zohr field unveiled Egypt’s vast reserves of conventional gas, attracting extra foreign investments in the unconventional plays is another angle the government is working on.

The Declining Influence of Arrears

Egypt has been witnessing milestone payments to IOCs during the past few years. In 2012, the country faced the highest foreign debt to IOCs over the past seven years, reaching $8 billion, according to a official figures. One year later, Egypt’s then-interim government was trying to handle the daunting task of restoring the petroleum sector. One of the biggest hurdles was the government’s debt to IOCs, which decreased to $6.3 billion by the end of the year, yet burdened the country’s budget and negatively affected investors’ confidence in the sector.

As soon as he took over power, President Abdel Fattah El-Sisi has pledged in several occasions to mitigate those debts, and that the government is “committed” to paying IOCs’ arrears.

The ministry was successfully able to ground half of the receivables total down from $6.3 billion in 2013 to around $3.5 billion by the end of 2016, according to a Petroleum Economist. This has been accompanied by well-received moves to speed up decision making over block awards, and a new revised model contract.

At time of press, the government owed IOCs $2.2 billion, according to the Ministry of Finance. It is worth noting that it paid $2.2 billion during June 2017. “It is hard to determine a specific date, but we imagine that if the current rate of payment continues we will be able to reach zero external debt within two years,” Egypt’s Minister of Petroleum and Mineral Resources, Tarek El Molla stated, according to an official press release.

Experts argue that this drop was not only due to the state of political unrest and macro-economic fluctuations, but the decline of global oil prices played a role as well. “The decline in investment happened in Egypt and the global market as a whole due to the decrease in oil prices,” Diaa Eldin M. Kassem, former Deputy CEO for Production at the Egyptian General Petroleum Corporation (EGPC), told Egypt Oil & Gas earlier in 2017.

Nonetheless, during the past three years, Egypt has signed more than 82 new upstream exploration and production agreements with a minimum commitment of $15.4 billion in investments, according to an official press release.

In light of decreasing arrears to IOCs, industry experts expect Egypt sector to receive extra FDI flows into the petroleum sector, which will help boost development work and increase production to meet local market’s demands of petroleum and natural gas.

The petroleum ministry is continuing to pay back IOCs in order to attract $10bn worth of investments in 2018, CEO of EGPC Abed Ezz El Regal told Egypt Oil & Gas in May 2017. The Ministry further aims to increase investments to $32 billion within 3 years, after applying the new investment law, which will facilitate Egyptian oil and gas investment process, he added.

Affirming on Ezz El Regal’s announcement, Mohamed Ghanim, Senior Geologist mentioned that “IOCS investments in Egypt during the past 3 years were very good with the huge discovery of Zohr field.”  Investment flows were pumped into other offshore Mediterranean fields, such as Taurus and Delta fields like Noroos field, in addition to Western Desert fields, he further noted.

“As all know in the sector, IOCs’ investments in Egypt’s oil and gas sector rose during 2017, which is an excellent sign that we are on the right track, especially that Egypt paid most of its arrears during the past three years,” added Ghanim.

Egypt is currently pursuing a balanced energy mix in order to maintain energy safety and security, reach economic efficiency, and mitigate environmental effects. Therefore, the Ministry of Petroleum and Mineral Resources is focusing on achieving favorable levels of self-sufficiency by using locally produced energy to cover domestic demand levels and ensure that energy reaches various areas within a country. In regard to energy security, it is vital for the government to sustain steady and diverse energy supply levels to ensure a continuous flow of fuel.

Unconventional reservoirs have an opportunity as a great potential player in the future of Egypt’s diversified energy mix. It is worth noting that the launch of unconventional exploration in Egypt was marked a few years ago in the identified Apollonia field in the Western Desert.

“While Egypt has good conventional reservoirs, the country is looking at alternative supplements such as unconventional plays to accommodate its growing energy demand and prepare for future energy scenario. […] Egypt does have potential in unconventional oil and gas, and I believe these unconventional resources can play a part in Egypt’s energy picture,” Apache’s Vice President and General Manager, David Chi told Egypt Oil & Gas.

“To reach this goal, it requires the partnership and true cooperation from the government, exploration and production companies, and service providers […] We are ready to share our experience and expertise in making unconventional resource development a reality in Egypt,” added Chi.

Furthermore, Apache’s input and contribution to Egypt’s unconventional resources will not cease, the company will rather build upon the significant inflow of capital it has already poured into unconventional plays with all its trust in the existing potential and its confidence to achieve what previously might have been perceived as unachievable, according to Chi. “Apache is interested to continue its investments in unconventional portion of Egypt’s oil and gas industry,” which, as Chi puts it, “can be a tremendous opportunity for the country to supplement its growing energy demand in the future.”

Economic experts argue that economic instability and insufficient macro-economic policies are the main challenges facing IOCs in Egypt.” IOCs face the macro-economic challenge of over subsidized fuel prices that limit EGPC’s ability to generate free cash flow. That challenge is addressed by continued price liberalization under the energy reform program.

“I see limited political challenges facing IOCs in Egypt compared to other countries in the Middle East and Africa. In fact, Egypt has proven to be ‘crisis-proof’ for the oil sector despite various internal and external shocks,” stated Beshay.

Despite major operational and economic challenges they face, IOCs with interests in Egypt have some cause for comfort in light of newly discovered fields, such as Zohr. For instance, in his meeting with the El Molla in August 2017 to discuss Peronas’ projects in Egypt and its future plans, the company’s vice president, Adnan Zainal Abidin noted that Egypt has become a country of interest to IOCs, due to recent developments in its oil and gas industry.

“I believe that there are many opportunities for IOCs in Egypt’s oil and gas sector, especially in exploring and producing oil and gas from offshore deep water in Mediterranean, onshore Western Desert fields, and Nile Delta fields,” said Ghanim “The country has signed 82 exploration and production agreements worth $15.4 billion over the past three years, that will lead to new discoveries and boost oil and gas production and reserves,” noted highlighted Ghanim.

He further explained that exploration activities in the Red Sea will pump extra investments into the sector if the currently held seismic surveys to visualize the Red Sea underneath geometry and structures were positive.

In addition, Egypt has plenty of spare capacity in its existing gas pipelines and other infrastructure meant new production costs were competitive. “We find here [Egypt] there has been very competitive costs and operating costs in a context of volatile prices. This is an area where we think we will continue to make investments and develop as opposed to other regions which are higher in cost,” Marc Benayoun, Chief Executive of Italian energy group Edison said, according to Reuters.

British Petroleum (BP) is another key IOC player in the Egyptian hydrocarbon market with its increasing investments. The Company has been present in Egypt for half a century; 2016 bought a 10% stake in Zohr from ENI. It has been actively snapping up license blocks in Egypt’s recent exploration rounds as well. “In 2016-2017, we are investing more money in Egypt than any country in the world. We have a lot of confidence in Egypt,” Bob Dudley, Chief Executive of BP, said during the event of EGYPS 2017.

One Year ago, major IOCs  declared at EGYPS2017 that they plan to increase their investments in Egypt, expecting to find more oil and gas now that ENI’s giant Zohr gas discovery has put its Mediterranean waters on the map, according to Reuters.

On the other hand, the Egyptian government took serious actions during 2017 to revive investment climate, fix macro-economic mechanisms, and ensure political stability; in order to allow IOCs to easily pump extra investments.

Experts encourage the government to continue with its fruitful efforts. “Certainty rather than reduction of arrears is the key to increasing IOC investments. Upstream investors need certainty on cash flow timing, hence, the government should device a stable mechanism not only to clear current arrears, but also to prevent accumulation of future over dues,” noted Beshay.

Egypt’s hydrocarbon industry is well positioned to benefit from current economic reforms in the light of the growth of the country’s natural gas production, which could help drive the Egyptian economy in the future. Moreover, the increase in foreign reserves is supporting investors’ confidence, as it improves exchange market stability and therefore reduces exchange risk associated with capital investment decisions.