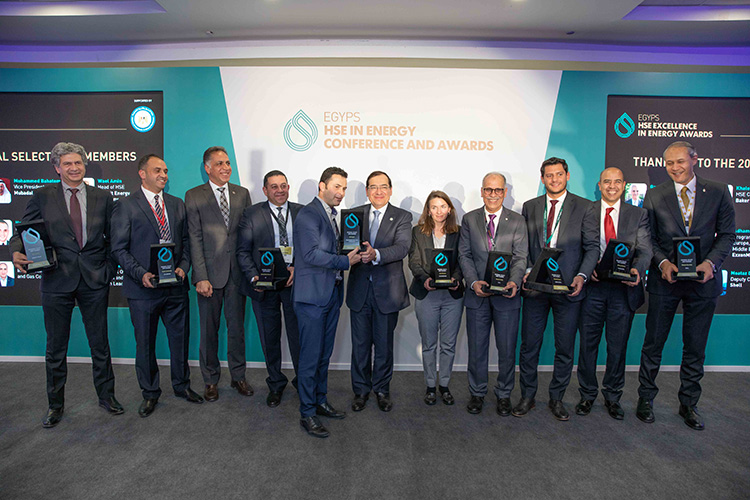 The HSE Conference, which was held in the framework of Egypt Petroleum Show (EGYPS 2020), concluded by delivering the HSE Excellence in Energy Awards. The HSE Excellence awards were divided into four categories, addressing the oil and gas sector’s successful projects and leaders that aim at creating a better and safer future.

The first category of the awards was for the Best Health and Safety Project of the Year. The winner was Tamer El-Houry, HSE Specialist at Schlumberger for Modernization of Driving Safety in Egypt through Technology. Meanwhile, Gihan Badie, Country Heath Manager at Shell, won the highly recommended project award for Care Delivers World-Class HSE Performance project.

For the Best Environmental Project of the Year, the winner was Hamed Sawsan, QHSE Department Head at Egyptian Bahraini Gas Derivatives Company (EBGDCo.) for the EBGDCo-GPC Gas sweetening and compression terminal. The winner of the highly recommended project of the year was Radwa Taman, Senior PhD Chemical Engineer at the Gulf of Suez Petroleum Company (GUPCO) for GUPCO’s Loss of Primary Containment LOPCV Management Project- Success Story.

The third and last category of the awards was for HSE Leader of the Year, and the winner was Mohamed Abdelgalil, Deputy HSE General Manager at Rashid Petroleum Company (Rashpetco).