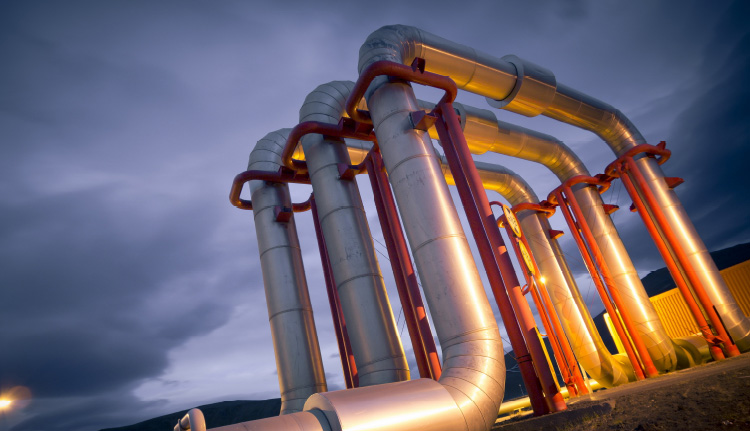 The energy transition is becoming inevitable as the world moves towards cleaner energy to face climate change. In this regard, natural gas is one of the main players, and an important step in the energy transition path. The world has been seeing natural gas not only as cleaner fossil fuel with low-emission, but also as a cost effective one. However, in recent days the prices of different energy sources have been climbing after the Russian invasion of Ukraine. This change has raised the question of the economic feasibility of natural gas at the moment.

Completely shifting to the renewable energy sources is infeasible as it needs a huge amount of money, and will take a lot of time to have the technology to produce enough energy to cover the global demands. Therefore, using fossil fuels for the coming years is inevitable, especially in developing countries that have hydrocarbon resources as well as renewable resources, but don’t have the money to cover the expenses to generate renewable energy.

Accordingly, the need to use natural gas as a low-carbon emission source spurred energy policy-makers to encourage using natural gas as an alternative transitional fuel. Therefore, Egypt adopted several initiatives aiming at increasing the usage of natural gas as a fuel. Accordingly, natural gas was delivered to 13 million residential units until March 2022, in order to be used as an alternative to the expensive imported butane. Additionally, the North African country has been encouraging drivers to convert their vehicles to be compressed natural gas (CNG)-fueled or to be dual fueled, using either CNG or benzene. Hence, the number of converted cars reached 420,000 vehicles, while the number of CNG fueling stations recorded 600 stations since the start of the initiative to March 2022.

While it is environmentally safe, natural gas is the economic fuel source for both individuals and governments. In order to generate electricity from renewable sources, the cost could be unaffordable for many countries and may need a lot of time to be feasible. Additionally, using natural gas in appliances and heating and the lower natural gas prices “led to savings of almost $50 billion for customers who have used natural gas for heating, cooking and clothes drying over the past four years,” The American Gas Association (AGA) said, adding that “annual energy costs for residential customers using natural gas has been lower than the cost for propane, fuel oil, or electricity since 2010 – and it’s projected to stay low through 2040.”

Natural gas is not only used directly as a fuel, but it is also used as a source of producing green, economic fuel sources. Hence, the Egyptian Ministry of Petroleum & Mineral Resources and the Ministry of Electricity & Renewable Energy sealed a memorandum of understanding (MoU) with the European Bank for Reconstruction and Development (EBRD) in order for the latter to assess the economics of low-carbon hydrogen in Egypt.

However, blue hydrogen is believed to be a temporary step towards green hydrogen, which is “the end goal”, according to Science Business. This temporary step is taken as blue hydrogen is cheaper than green hydrogen. However, some energy leaders believe it is an unfeasible step as it’s costly compared to natural gas and is in fact not much lower in terms of emissions. “The carbon capture and storage technology used in the production of this fossil hydrogen is extremely expensive and so far unproven on the scale that would be required,” Silvia Pastorelli, climate and energy campaigner at Greenpeace, said, according to Science Business.

Amid the fossil fuels’ prices turbulence, caused by the current Russian-Ukrainian war, natural gas prices were also affected. Natural gas prices were $4.59 per million Btu on February 23rd, a day before the invasion. The prices reached $4.78 per million Btu on the invasion day increasing by 4.14%, according to the energy information administration (EIA) records. Meanwhile, Brent Oil recorded $95.73 a barrel, which was the highest price on February 23rd, compared to $102.26 highest price per barrel on the day of the invasion, making a 6.8% increase overnight, based on the price published by Live Charts UK.