How Can Middle Management Promote Diversity and Gender Equality in the Oil and Gas Sector? 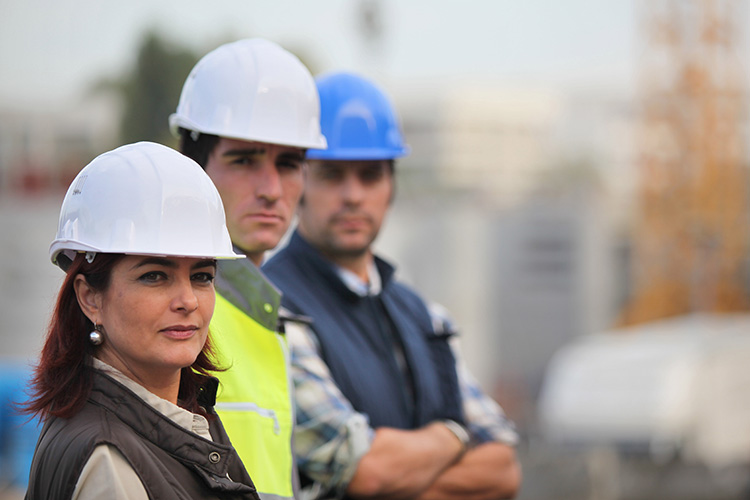 The Egyptian petroleum sector is seeing unprecedented changes, from a complete governmental overhaul with the Ministry of Petroleum’s Modernization Project and the young and medium leadership development scheme, to continuous efforts by the private sector to build and promote new calibers with more local and foreign investments being pumped into the industry.

These dynamic changes are set to introduce a new generation of employees that step forward to lead in the coming years. This could be crucial in achieving futuristic goals – such as digital transformation, with the use of big data, robotics and artificial intelligence – in addition to providing a chance for a people-centered development within the sector.

Therefore, changing mindsets, championing diversity, ensuring inclusion and fair opportunities are as important to the sector as adapting to modern technologies and unconventional solutions. Yet, although it is essential to build on previous achievements, avoid the risk of a brain drain, and make sure the knowledge and experience of retiring leaders is passed on to the younger generations, there is also a growing sentiment that change is necessary and that maintaining the status quo will hamper the sector’s growth and development.

The Egypt Petroleum Show (EGYPS) Women in Energy Conference was an official recognition of the oil and gas sector’s need for gender parity and a more diverse workforce, which can be a key driver of enhanced economic performance.

A recent report by the World Petroleum Council (WPC) and the Boston Consulting Group (BCG) showed that women represent only 22% of the global oil and gas sector workforce. The report, which is based on interviewing and surveying around 2,000 oil and gas professionals from around the globe, as well as quantitative data from major oil companies, showed that survey findings did not reveal any statistically significant differences among companies in different countries or regions, which makes the lack of diversity more of a global issue for the industry.

“This consistency reflects the powerful influence of the industry’s current culture, which is global in scope and sufficiently strong to override the influence of regional forces. This culture will need to change materially if the industry hopes to make meaningful strides toward gender balance,” the report stated.

The report also pointed out that oil and gas companies are missing out on the higher quality of teamwork, diversity of perspectives, and creativity in solving technical and business problems that characterize those with larger percentages of female employees.

Middle Management as the Cornerstone of Development

With an increasing focus towards gender equality in Egypt’s oil and gas sector, it is evident that middle management has a responsibility to achieve inclusion and diversity targets. Middle management plays an integral role in translating goals and strategies, set by the top management, into policies and targets that are achievable by employees. It acts as a bridge between higher and lower organizational levels, as well as influencing the decision making process in senior management. Thus, weak commitment by middle management towards any issue, such as gender parity, would hinder achieving its targets, regardless of the higher enthusiasm within the top leadership.

Middle management is also where the industry can ensure that women have the same career opportunities as men, especially as the rate of women in higher positions significantly drops along the hierarchy line.

Eliminating Biases in the Hiring Process

Female representation remains a challenge within the oil sector despite progress in recent years, said Sameh Sabry, the General Manager of DEA Egypt, during his participation in the EGYPS 2019 Women in Energy Conference.

In a session entitled “The Middle Management: A Bridge between The Present & The Future”, Sabry acknowledged that the industry is not attractive for females, pointing to the need for more efforts, confidence, transparency and equality when it comes to career opportunities.

Employers have a tendency to select the profile that they see as more likely to be successful, and in a male-dominated industry, it seems easier to choose men rather than allowing equal opportunities, which leads to a bias against women, sometimes on a subconscious level, as Sabry explained.

Panelists on the session agreed that it is necessary to have an inclusive policy that avoids prejudices to be formed, as similar people tend to group, making it harder for others to have a pathway into the workforce.

Oil companies are not always transparent; they should clearly open the door for more females, be vocal in their support of gender parity, and get more female employees into core business activities, not just support services. The new generation could then see more females in leading positions after gaining the necessary experience and competence, Rasha Galal, Fuel Cards Manager at Total Egypt, said during the same session.

The growing recognition of the diversity issue in the sector’s workforce signals a rising awareness towards the risk of excluding major portions of society, or people coming from diverse backgrounds with various mindsets and approaches, providing different and out-of-the-box solutions, from a business perspective alongside other socioeconomic benefits.

Leveling the Field at Entry Level

Many talented women either never join the industry or drop out prematurely due to the tough circumstances, which make it even harder for oil and gas companies to have a big pool of highly qualified candidates to choose from when filling positions, especially in middle and higher ranks, according to the WPC/BCG report.

Circumstances facing women make it hard for them to seek jobs in the sector, and even harder to progress and reach higher managerial positions. Inclusion could support the growth of female employees with the needed technical and personal qualifications, thus motivating more women to pursue a career in the oil and gas sector, Galal added.

Expanding the talent pool by supporting the enrollment of more female students in science, technology, engineering, and mathematics (STEM) programs, as well as promoting the wide range of jobs available and making career paths more flexible, can enhance the sector’s attractiveness to women as a career choice, the report explained. It also called upon companies to work with governments to remove structural barriers that make it difficult for women to work in the oil and gas sector.

Rasha Galal, a middle-level manager herself, strongly believes that no special training is exclusively necessary for female employees. She thinks that such trainings should rather be focused on calibers and capacity building, not gender.

Companies should capitalize on female talent in middle management, Galal noted, adding that her company (Total Egypt) has set a goal of having a 25% female representation in the senior management staff by 2020.

“We must be more open and progressive. As a technical-oriented industry, we sometimes focus too much on raising employees’ technical expertise, rather than developing leadership talents and skills,” Sameh Sabry noted.

Having more women working in senior positions would benefit female employees at all levels, as it will provide a model to follow and express the changing nature of the male-dominated industry. Accordingly, it is only fair to say that the reverse situation is causing negative effects.

Globally, almost one third of companies have no women in senior management roles and less than 4% of CEOs are women, according to the United Nations Emerging Solutions for Gender Equality 2018 Report; however, the situation is even worse in the oil and gas field.

“Women’s underrepresentation in the industry spans all levels but worsens with rising seniority; women fill 27% of entry-level roles that demand a college degree, 25% of mid-career-level roles, and 17% of senior and executive-level roles. Only 1% of the industry’s CEOs are female,” according to the WPC/BCG report.

“The industry’s relative lack of gender diversity, particularly in the senior ranks, hurts its reputation among women as a career choice. This can create a vicious circle, with the industry finding it progressively more difficult to recruit women across the board,” the report added.

Industry expert and independent consultant Hussein El Ghazzawy stressed during EGYPS Women in Energy Conference that women do not need to prove themselves, as they have already achieved quite a lot for the industry. Many of them are leaders by nature, but a change in mindsets is required, especially when it comes to convincing stakeholders to accommodate more females in field operations, he indicated, noting that females bear a certain responsibility to stand up, face the challenges, and make the change happen.

The percentage of women in the industry’s workforce drops sharply between middle management and senior leadership career stages. This trend will not change unless gender diversity becomes a higher strategic priority.

Women do not lack ambition, and although men and women start out at the same level, women rarely reach the top of the organization. This is attributed to a number of reasons beside stereotypes and male bias, such as the lack of women in technical work, as figures show that the more a certain role requires technical ability, the less likely it will be filled by a woman.

“Among women who have spent many years in the industry and might otherwise be considered suitable candidates for promotion to senior management, many have failed to accumulate the critical experiences that their male colleagues have. Thus, even among women who are still at the company after 15 to 20 years, the odds of landing a senior executive job are small. Women hold less than 20% of these positions,” the report showed.

The report also pointed that women in the industry have stronger gender-based biases than men do, noting that many oil and gas companies are making a genuine effort to improve gender diversity through recruiting practices, work-life-balance policies, and other means. These measures have not produced the desired results. Unless companies develop a critical mass of women across all roles, meaningful progress toward gender balance in the industry will not occur, it further added.

It is clear that the industry around the world is facing the challenge of little to no diversity in the workforce. This can make the oil and gas sector serve as an indicator of the development in empowering women, as well as inclusion in general, by providing fair opportunities for everyone regardless of their race, gender, belief, age, or disability.

It is worth noting that the problem also reflects a number of other issues in various fields, starting from less young people getting into STEM studies. On an organizational level, the challenges of transparency in hiring, breaking stereotypes and biases, as well as addressing the lack of diversity as a major issue rather than a luxury, can embody the societal mature and progressive values in addressing the challenge.