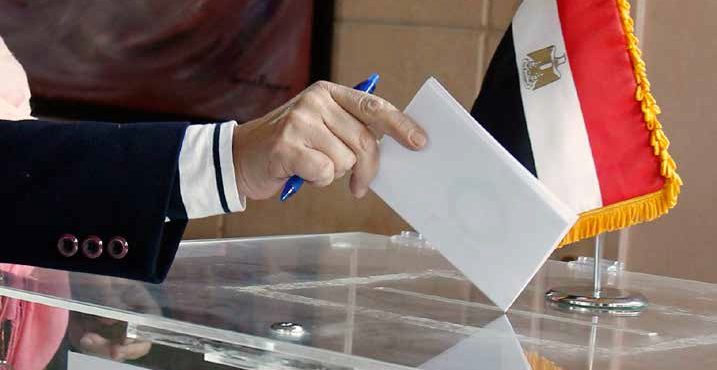 Shortly after this article goes to press, Abdel Fattah el-Sisi will most likely have already won Egypt’s presidential elections in the first round.

June 30th might seem like a long way off now – a lot has happened, after all. And yet, events over the past 12 months – fraught political polarization, violence, terrorism, repression and so-called “democratic transition, as well as the words and actions of June 30th’s most recognizable force, Sisi himself – could give us some clues as to where Egypt might be headed in the crucial months after the election.

In the run-up to June 30th, the Tamarod (“rebel”) campaign led a call for early presidential elections (and ultimately the removal of Mohamed Morsi and the Muslim Brotherhood); a call enthusiastically taken up by activists, trade unions, liberal political parties and ordinary Egyptians around the country. When Mohamed Morsi refused to stand down according to a 48-hour ultimatum issued by the armed forces, Sisi appeared on television flanked by political and religious figures (including Coptic Pope Tawadros II, Al-Azhar Grand Sheikh Ahmed al-Tayyeb and prominent liberal Mohamed ElBaradei) to announce the Islamist president’s removal.

“The armed forces hail the honest and dedicated elements of the forces, the police, and the judiciary for their great national role and their continued sacrifices to maintain the safety and security of Egypt and its great people,” Sisi said in the July 3rd speech. A warning – that authorities would “stand firmly and decisively against any forms of painlessness in fulfillment of our historic and national responsibilities” – arguably presaged the next wave of violence: lethal street clashes, the August 14th dispersals and a growing security crackdown, starting with the Muslim Brotherhood.

The debate about whether Sisi presided over a revolutionary “expression of the people’s will” or a military takeover of a fledgling democracy continues. So too in the geo-political landscape, which has notably shifted against the Brotherhood and states or groups supporting it (including Qatar and Hamas in the Gaza Strip). June 30th is, as yet, an unresolved phenomenon. For his supporters, Sisi is everything from the “savior of Egypt” to a decisive, principled leader who will pull the country out of years of unrest and economic malaise. His detractors are more likely to call him a putschist or a military strongman who violently deposed Egypt’s first democratically elected president.

Some analysts would argue the first year since June 30th could presage what we can expect from a Sisi presidency in the future. However, there are plenty of problems facing the incumbent that should not be ignored.

There is widespread agreement that the economy (aside from Sisi’s other watchword, security) will likely become the most crucial area in Egypt’s post-election period. Impartial analysts and opposition voices both agree that mismanagement of the economy, or a perceived failure to solve the country’s many problems, could become a vital fault-line for those looking to challenge Sisi’s regime in the future.

So far, Sisi has offered little detail about his economic program.

“Egyptians were aspiring to a more stable life than the reality we are living in,” the former field marshall told Reuters in his first interview with English-language media in the run-up to the elections. He pointed to changes to minimum/maximum wages, job creation and a possibly measured redistribution (or removal) of subsidies as future policies. Arab and foreign investment would also be a priority, a view backed up by the key role Gulf investment and aid has already played in Egypt’s post-Morsi period – with an expected $3 billion in free fuel coming from Saudi Arabia by August, according to Tarek el-Molla, head of the Egyptian General Petroleum Corporation (EGPC).

“Egypt needs your help in this phase,” Sisi added later in the Reuters interview, addressing the West and friendly states, “so that it gets out of the circle of poverty it is suffering from.”

At other times Sisi has hinted Egypt may be about to witness a period of biting austerity. In one of the leaked recordings released in months past, Sisi talks – as if to the Egyptian people – about future economic possibilities: “If I make you walk on foot, can you stand it? If I make you wake up at 5am every day, can you stand it? Can you stand it if I take away subsidies in one go?” Annual talks with the International Monetary Fund (IMF) are set to begin not long after the elections, according to Finance Ministry officials, which could also dictate how well ordinary Egyptians fare in the immediate future.

That may depend on how willing Sisi is to engage in “structural readjustment” policies for an expected $4.8 billion loan. As a leader with a strong sense of history (and his own place in it), Sisi will no doubt be aware of the 1977 Bread Riots (under Anwar Sadat) and of course the January 25th revolution (against Mubarak), both fractious events that broke out in part as a result of IMF-inspired economic policies, which have dictated Egypt’s economic orthodoxy for decades.

The army will no doubt play a key role in this process. Hazem el-Beblawy’s interim cabinet allotted some $1 billion to the army in direct order contracts (i.e. ones without public tender) for construction and development projects. Sisi reportedly told a group of young businessmen in mid-May: “If you want to build, ask the army.”

Throughout the months of unrest following June 30th, the Egyptian authorities have routinely defended the actions of the army, police and judiciary within a narrative of protecting state sovereignty from terrorism. Like Sisi said on July 3rd, their “continued sacrifices to maintain the safety and security of Egypt and its great people.”

Not everyone sees it the same way. January 25th activist groups including the Revolutionary Socialists, both wings of the much-maligned April 6 Movement and the Revolutionary Road coalition have launched the anti-Sisi “Dedak” (Against You) campaign.

International human rights groups have routinely criticized the Egyptian authorities since July (and indeed, before) for violations of citizens’ freedoms. Landmark cases include mass death sentences of several hundred men reported to be Muslim Brotherhood members or supporters, said to be some of the largest mass sentences in modern history. The ongoing trial of the so-called “Marriot Cell,” a group of foreign and Egyptian Al-Jazeera journalists arrested in December, has also become a real international headache, with some ministers admitting the case was a mistake.

Therefore a big challenge facing Sisi for the future will be this international perception of Egypt as a country in regression. Having not addressed torture, police brutality or state-level repression in any of his recent speeches and interviews – despite a wealth of eyewitness and testimonial evidence that this are often routine practices in Egyptian prisons – it would be reasonable to assume change may not be forthcoming from Sisi himself.

Some might welcome the apparent downturn in industrial unrest, particularly in comparison to the wave of hundreds of strikes and workers’ protest that followed January’s revolutionary anniversary. However, there are some suggestions that this may be a temporary respite. Textile workers in Mahalla, who led a weeks-long strike against a public holding company administration they see as corrupt, inefficient and nepotistic, said they would wait until after the presidential elections to resume making their demands.

While government officials, among them Prime Minister Ibrahim Mehleb, have repeatedly appealed to workers’ “patriotism” in holding off on industrial action during the transitional period, nationalist-patriarchal narratives arguably have less sway over people struggling to make ends meet. Like with other sub-groups in Egyptian society, the presidential elections may not be as simple as a glorious, democratic and corrective victory over the Brotherhood that middle or upper-class Egyptians like to present it as.

The response should be cautious. Repression and immovability in negotiations could enflame the labour movement, something that everyone who remembers April 6, 2008 will want to avoid.

The word that has accompanied every twist and turn of Egypt’s turbulent year in transition: security.

A low-level Islamist insurgency that existed before the revolution, primarily in areas of North Sinai, has grown and grown; spreading to Sharqiya, once-popular tourist sites like Taba and the other Red Sea resorts, Gharbiya and into the heart of Cairo itself.

Numerous reports suggest young men sympathetic towards the Muslim Brotherhood may also be turning to violent methods to resist what they call Sisi’s military coup, which arguably explains some of the more amateur, homegrown style attacks in recent months. “The traditional leaders want peaceful action,” one Brotherhood youth leader said in a recent Reuters interview. “What did that get us?”

Like anywhere in the Middle East these days, terrorism is a genuine threat to Egypt. Jihadist groups like Ansar Bayt al-Maqdis and Ajnad Misr (which ABM referred to as its “brothers”) have displayed a real capability to undermine Egypt’s security apparatus, as evidenced by the January 24th bombing of the security directorate building in downtown Cairo.

Amid the cheering crowds of Egypt’s presidential election, Sisi looked assured. However the coming weeks and months will prove critical. A recent Pew research poll found that 71% of Egyptians were “dissatisfied” with the direction the country is taking (compared to 24 percent who said they were satisfied), a dissatisfaction “back to pre-revolution [2010] levels.” If Sisi wants to genuinely combat that, and tackle the myriad problems in Egypt’s economy, security strategy and human rights landscape, the much-loved field marshall has a hard job ahead of him.

By: Tom Rollins is a freelance journalist based in Cairo.
He tweets at @TomWRollins